Liverpool take on Bournemouth at the Vitality Stadium on Sunday afternoon. Here is our preview including team news, line-up and prediction Liverpool will be looking to get back to winning ways when they take on Bournemouth at Dean Court on Sunday afternoon.

The Reds have been frustrated in their last two games after being held to a 1-1 draw by Everton before a 0-0 stalemate with West Brom at Anfield on Wednesday night.

Those results have seen Liverpool drop to sixth in the Premier League table but the good news is fourth-placed Arsenal are just two points ahead so Jurgen Klopp’s men can climb back in to the top four with a win tomorrow.

They face a Bournemouth side who are desperate for points at the wrong end of the table as they sit 16th in the division and just one point from safety so Eddie Howe will be hoping for a positive result at Dean Court.

Last season’s games between the two clubs resulted in 11 goals, with the pair drawing 2-2 at Anfield before Bournemouth came from behind to win 4-3 at home so let’s hope for more of the same this weekend.

Liverpool will recall Simon Mignolet after the Belgian international missed the draw with West Brom because of a minor ankle injury so Loris Karius is set to drop out.

Adam Lallana is set to return to the squad after returning to full training while Joe Gomez, James Milner and Andrew Robertson are expected to recover from minor knocks.

Daniel Sturridge is facing a late fitness test on a hamstring injury but Alberto Moreno, Nathaniel Clyne and Joel Matip remain unavailable while Emre Can serves a one-game suspension.

As for Bournemouth, they’ll continue to be without Brad Smith due to a hip injury while Adam Federici and Tyrone Mings are also out. 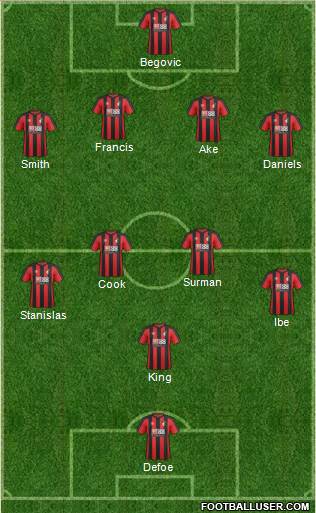 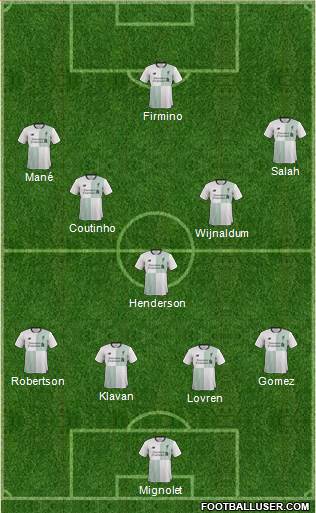 Bournemouth 1-2 Liverpool: The Reds have only ever lost to Bournemouth once in 11 meetings, which was last season’s seven-goal thriller, and they are unbeaten in their last eight league games. A lot depends on which Liverpool turn up but if their attackers are on form, I can see only one winner.

Liverpool are 8/15 to win this game with the bookmakers but we can get new customers enhanced odds of 25/1 on the Reds-  just click here to take advantage of this exciting offer [winning paid in free bets, max stake £1, T&C’s apply]