Chelsea take on Everton at Goodison Park on Saturday afternoon. Here is our preview including team news, line-up and prediction

Chelsea will be looking to cement their position in the top four when they take on Everton at Goodison Park on Saturday afternoon.

The Blues head in to the weekend action sitting third in the Premier League table and they can move level on points with third-placed Manchester United with a win tomorrow ahead of their trip to Leicester later in the day.

However, with just seven points separating Chelsea from seventh-placed Tottenham the race for Champions League qualification is tight so Antonio Conte will want to solidify their position with a win tomorrow.

Chelsea warmed up for the game after booking their place in the semi-finals of the Carabao Cup with a last minute 2-1 victory over Bournemouth on Wednesday night but league matters are the focus this weekend.

They’ll be up against a rejuvenated Everton side that have won four of their last five league games to move away from the relegation zone and Sam Allardyce’s side could move up to eighth win a win tomorrow.

Chelsea will be without Alvaro Morata due to suspension as the Spaniard picked up his fifth booking of the season in midweek which means Eden Hazard could be deployed as a ‘false 9’ up front.

David Luiz misses out once again with a knee injury but Conte is expected to recall a number of first team regulars who were rested for the League Cup in midweek.

Everton could welcome Yannick Bolasie back in to the squad after he recovered from a serious knee ligament injury that’s kept him out of action for a year. 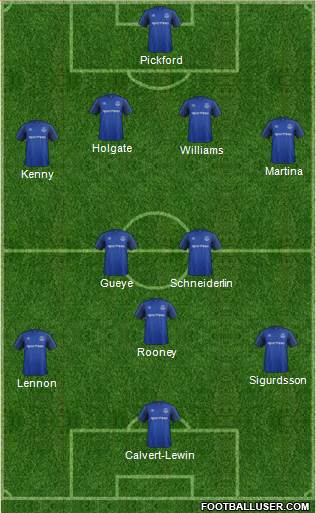 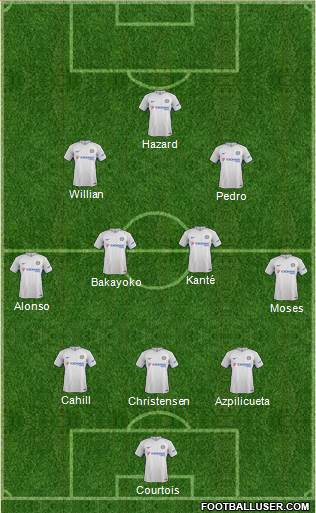 Everton 0-1 Chelsea: Chelsea come in to the game in fine form having won eight of their last 10 league games but Everton are in excellent form themselves so this should be a tight game. Conte’s side have easily beaten Everton in their last three meetings and although Morata will be a huge miss for them, I think the West Londoners will edge this tomorrow.