Liverpool climbed back in to the top four of the Premier League table after thrashing Swansea City 5-0 at Anfield this evening. Watch the goals here: 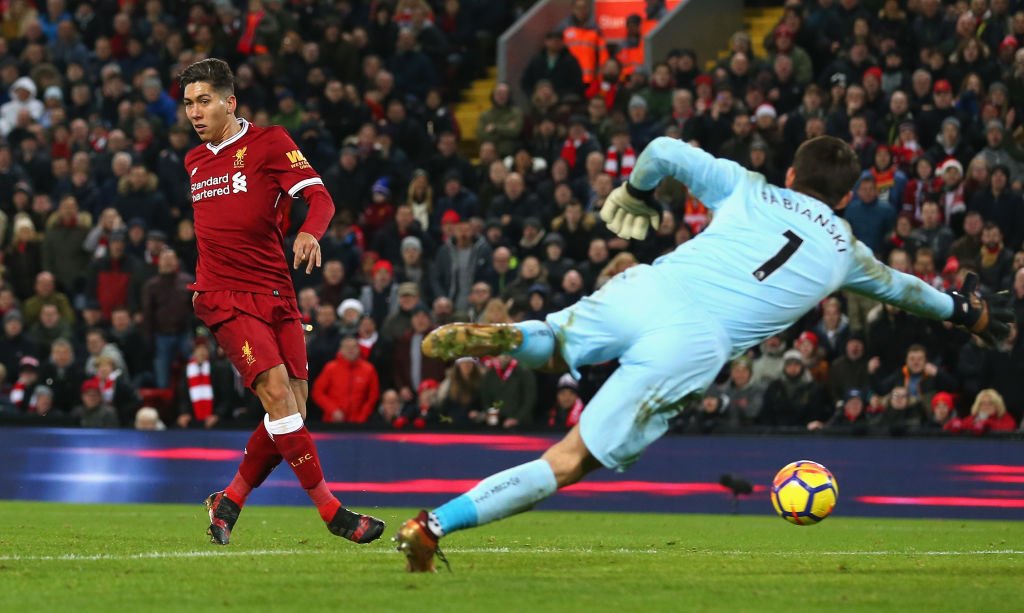 Liverpool climbed back in to the top four of the Premier League table after thrashing Swansea City 5-0 at Anfield this evening.

The Reds dominated from the outset and opened the scoring in the 6th minute as Philippe Coutinho curled home a stunning effort in to the top corner from the edge of the area for 1-0.

Liverpool continued to control the game and doubled their lead shortly after half-time as Roberto Firmino volleyed home from a Coutinho free-kick to make it 2-0 in the 52nd minute.

It was 3-0 midway through the second half as young full-back Trent Alexander-Arnold picked up the ball and lashed home a superb half-volley past Lucasz Fabianski in the 65th minute.

A rampant Liverpool side made it 4-0 just a minute later as Mohamed Salah squared for Firmino to tap home his second of the game in to an empty net before Alex Oxlade-Chamberlain made it 5-0 in the 82nd minute with a lovely finish.

The result sees Liverpool leapfrog Tottenham in to fourth place in the table and they now trail third-placed Chelsea by just four points.