The January transfer window is just around the corner meaning clubs are working hard on potential deals so we’ll bring you all the latest gossip from around the globe. Today, Virgil van Dijk has signed for Liverpool…. 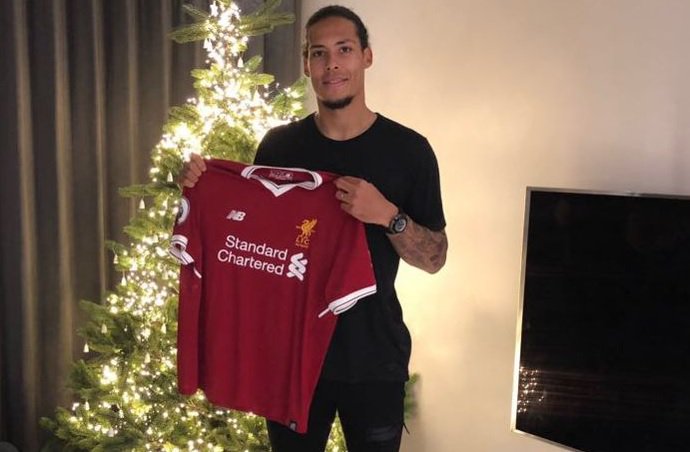 Virgil van Dijk has been photographed posing with a Liverpool shirt after the Reds confirmed they’ve agreed a deal with Southampton to sign the defender next month.

Liverpool failed with their attempts to sign Van Dijk during the summer transfer window after Southampton reported them to the Premier League for an alleged illegal approach.

The Dutch international handed in a formal transfer request and went on strike to try and push through a move to Anfield but Southampton dug their heels in and refused to do business.

Rumours have resurfaced in recent weeks that the centre-back was pushing to secure the move this winter and reports suggested that Manchester City were ready to battle Liverpool for his signature.

However, the Reds have won the race as the club announced on Liverpoolfc.com this evening that they’ve agreed a deal with the Saints to sign van Dijk on January 1st while personal terms have also been settled with the player.

Neither club has disclosed the precise fee but the Liverpool Echo claim Liverpool have agreed a deal that could rise to £75m including add ons which makes it a world record fee for a defender.

Van Dijk has been assigned the No.4 shirt at Anfield and he’s already posed for a photo with the Liverpool shirt in front of his Christmas tree ahead of signing a four-and-a-half-year contract.

The signing is a major coup for Liverpool as van Dijk is one of the best centre-backs in European football and he’ll hugely improve Jurgen Klopp’s defence – which has been a weakness away from home once again this season.