Arsenal take on West Brom at the Hawthorns this afternoon. Here is a preview with the latest team news, line-ups and prediction

Arsenal will look to close-in on the top four with a win when we take on relegation-threatened West Brom at the Hawthorns this afternoon.

We head in to the game off the back of a 3-2 victory over Crystal Palace but sit four points adrift of fourth-placed Liverpool after they came from behind to beat Leicester City yesterday.

However, we can climb above Tottenham in to fifth position and move to within just one point of Liverpool if we take three points back to north London from the Hawthorns today.

We’ll face a West Brom side who’ve endured a nightmare campaign and currently sit bottom of the Premier League table having not won any of their last 18 games so they are fighting for their lives.

But Alan Pardew’s men held Everton to a 0-0 draw last time out and could move out of the bottom three with a win this afternoon so it’s certainly tight at the wrong end of the table.

We will have to make-do without the services of Aaron Ramsey as the midfielder continues to nurse a hamstring injury while Nacho Monreal is also out with an ankle problem.

Olivier Giroud is still troubled by a hamstring injury while Granit Xhaka will face a late fitness test after limping off during the closing stages of the win at Palace.

Arsene Wenger may decide to give Alexandre Lacazette a rest ahead of Wednesday’s crucial clash with Chelsea so Danny Welbeck could lead the line up front.

West Brom will be without Nacer Chadli for the next two months due to a hip injury, James Morrison is out with an Achilles problem while Salomon Rondon is also a doubt with a hamstring issue. 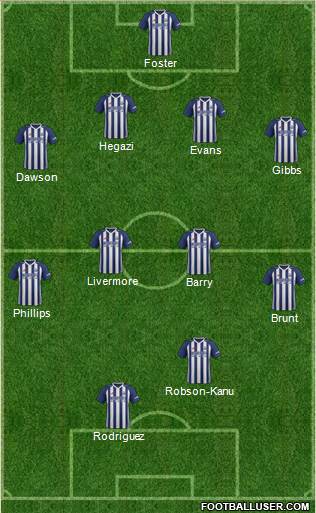 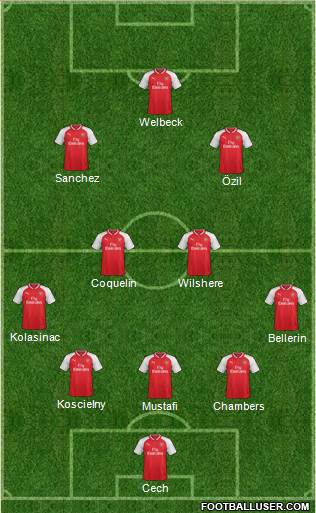 West Brom 1-2 Arsenal: We’ve lost on our last two trips to the Hawthorns and I’m expecting a tough game today as West Brom are fighting for their lives at the foot of the table. However, there’s no getting away from the fact they are on a poor run of form so I’m confident we can edge this game and secure a much-needed three points.

Arsenal are the 4/7 favourites to win this game with the bookmakers but we can get new customers enhanced odds of 25/1 on the Gunners – just click here to take advantage of these incredible odds [winning paid in free bets, max stake £1, T&C’s apply].