The January transfer window is now open so clubs are working hard trying to strengthen their squads for the second half of the season and put deals in place for the summer. Today, Leon Goretzka drops Liverpool hint…. 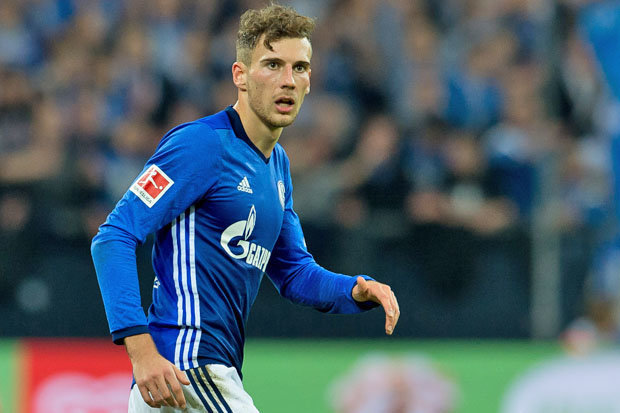 Eagle-eyed Liverpool fans believe Arsenal and Bayern Munich target Leon Goretzka has dropped a hint he’d like to link-up with Jurgen Klopp at Anfield, according to the Mirror.

Goretzka has become one of the most sought-after players in the world after refusing to sign a new contract extension at Schalke and he’s due to become a free agent in the summer.

The German international has developed in to one of the best all-round midfielders in German football over the past few years so understandably he’s attracting plenty of interest in his services.

Goretzka is free to hold talks with foreign clubs about a free transfer move in June and Football London reported last week that Liverpool were favourites ahead of Arsenal to sign the midfielder.

Arsene Wenger is on the look-out for reinforcements with Jack Wilshere and Mesut Ozil’s contracts expiring at the end of the season while Klopp is also on the market for a midfielder with Emre Can tipped to leave and Goretzka is seemingly on their radars.

Bayern Munich have also been strongly linked with a move for the German international but Schalke have denied recent reports that a deal has already been agreed for Goretzka to move to the Allianz Arena.

That gave Liverpool hope that they could still win the race for his signature and fans have now convinced themselves that the 22-year-old wants to play for Klopp after spotting his latest social media activity.

Eagle-eyed Liverpool supporters noticed that Goretzka ‘liked’ a video showing an animated Klopp punching the air in delight which was accompanied with a caption saying ‘Jurgen Klopp Passion!’.

In today’s modern world transfer stories are often driven by social media activity so Goretzka would have known the repercussions of liking a video of Jurgen Klopp, especially given the rumours linking him with a move to Anfield.

The midfielder may be a huge fan of his compatriot or he might just be having a little bit of fun but if Goretzka keeps liking videos of Klopp then it’s only going to fuel speculation that he’ll be on his way to Liverpool.

One things for certain, he would be a superb signing for Liverpool, or indeed Arsenal, if either club were able to win the race for his signature over the coming months.