Hector Bellerin scored late on as Arsenal came from behind to salvage a 2-2 draw against Chelsea in a thrilling game at the Emirates this evening. 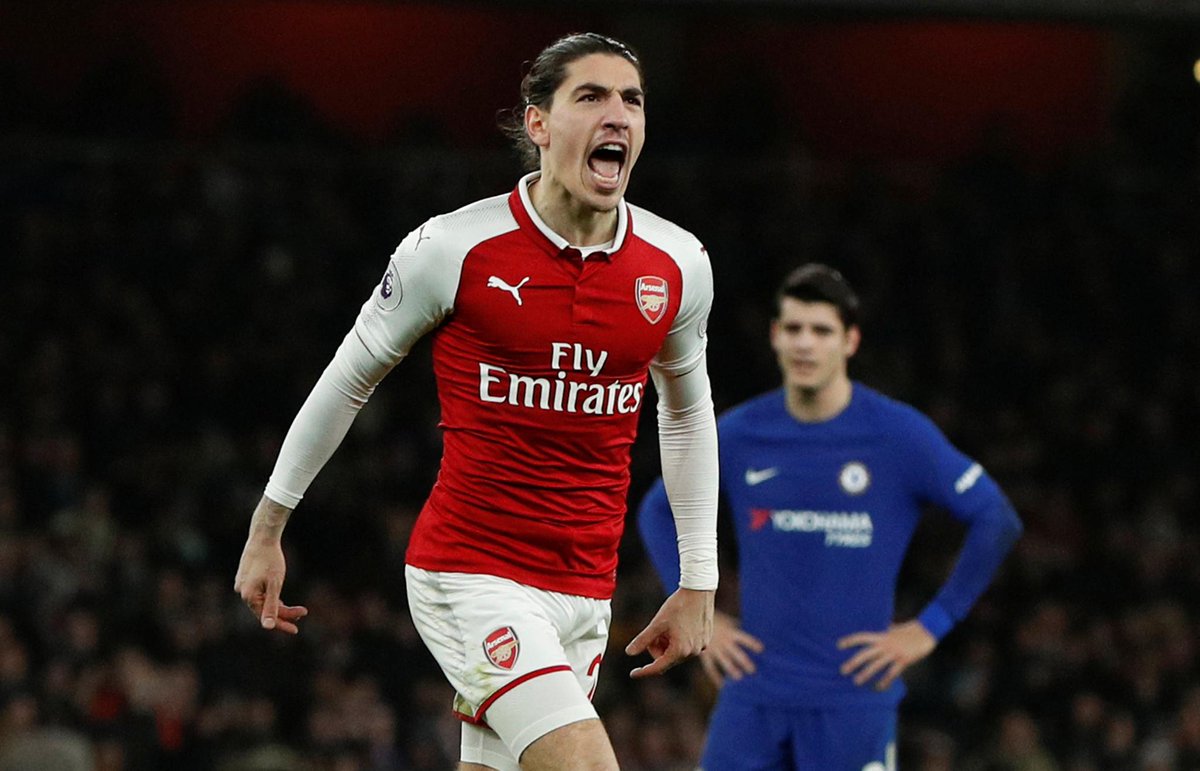 Hector Bellerin scored late on as Arsenal came from behind to salvage a 2-2 draw against Chelsea in a thrilling game at the Emirates this evening.

Chelsea had the first chance to open the scoring but Alvaro Morata fired wide when clear before the Spaniard failed to connect on a Victor Moses cross.

Arsenal then came agonisingly close to breaking the deadlock when Alexis Sanchez saw his effort superbly saved before the ball cannoned off both posts while Alexandre Lacazette forced Thibout Courtois in to another fine stop.

Arsenal finally broke the deadlock midway through the second half when Jack Wilshere lashed home a fine goal in to the top near corner in the 63rd minute.

However, Chelsea were given the chance to level things up just minutes later when Hector Bellerin was adjudged to have fouled Hazard in the area even though replays showed there was minimal contact. The Belgian dusted himself off to make it 1-1 from the spot in the 67th minute.

The Blues then went ahead in the 85th minute as Davide Zappacosta got the better of Ainsley Maitland-Niles and Marcos Alonso converted his cross to make it 2-1.

However, there was more late drama as Arsenal equalised in stoppage time when Bellerin fired home a loose ball in to the top corner to make it 2-2 in the 93rd minute.