Tottenham take on West Ham at Wembley this evening. Here is a preview with the latest team news, line-ups and prediction

Tottenham will look to close-in on the top four with a win when they take on West Ham at Wembley this evening.

Spurs have had less than 48 hours to prepare for the game after the north Londoners went away from the Liberty Stadium with a hard fought 2-0 victory over Swansea City on Tuesday night.

That result has left Tottenham sitting fifth in the Premier League but they can move to within just one point of fourth-placed Liverpool with another win this evening.

However, Mauricio Pochettino’s men will face a West Ham side who should be in confident mood after they climbed out of the bottom three with a 2-1 win over West Brom on Tuesday.

Spurs are set to recall Harry Kane to the starting eleven after he was benched at Swansea following illness so Fernando Llorente will make way despite scoring against his former side.

Danny Rose has been ruled out after aggravating a knee injury but Mousa Dembele is back in full training after missing the Swansea game with a minor hip problem.

Victor Wanyama could make his first start since August after coming off the bench last time out while Serge Aurier and Harry Winks are also pushing for recalls.

West Ham expect Aaron Cresswell to be fit despite picking up a back injury against West Brom but Michail Antonio, Diafra Sakho, James Collins, Jose Fonte and Sam Byram are ruled out.

Andy Carroll scored both goals against the Baggies but he may be rested as it could be difficult for him to play twice in three days. 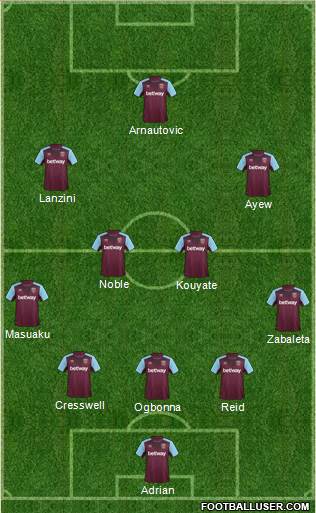