Chelsea have completed their first major signing of the January window after announcing on Chelseafc.com the arrival of Ross Barkley from Everton.

The January transfer window is now open so clubs are working hard trying to strengthen their squads for the second half of the season and put deals in place for the summer. Today, Ross Barkley has joined Chelsea…. Chelsea have completed their first major signing of the January window after announcing on Chelseafc.com the arrival of Ross Barkley from Everton.

Barkley almost joined Chelsea during the summer transfer window but pulled out of a proposed deal after getting cold feet on deadline day back in late August.

However, the Blues continued to monitor his situation and re-opened negotiations after Barkley made it clear he wouldn’t sign a new contract extension at Goodison Park.

News emerged last night that a deal was almost done and Barkley soon completed his medical in West London after a transfer fee was agreed between the two clubs.

Chelsea have now completed the formalities with the Blues announcing on their website that Barkley has joined the club on a five-and-a-half-year contract and will wear the number 8 shirt.

The precise fee hasn’t been disclosed but the BBC claim Chelsea will pay just £15m, which is a bargain in today’s market for a player of Barkley’s quality but Everton had little choice but to cash-in given he had just 6 months left on his contract. 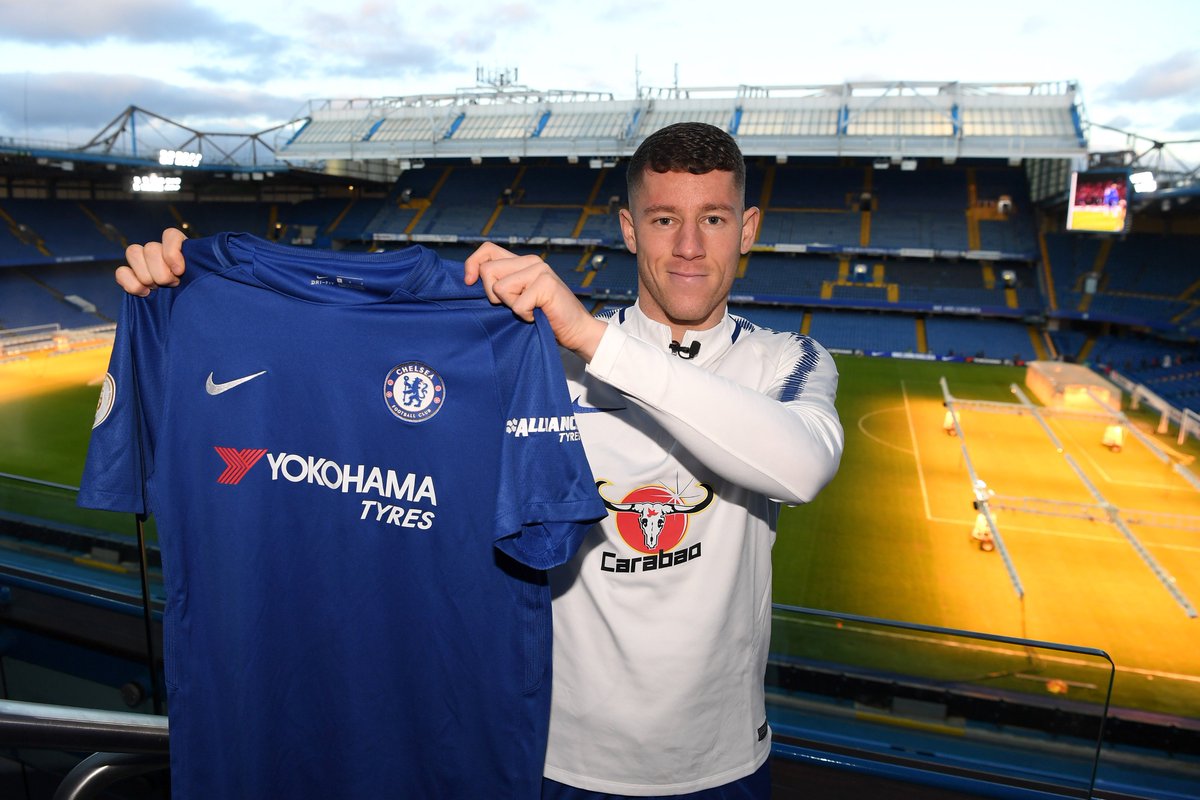 ‘I’m overwhelmed, I’m looking forward to it and I’m really excited to get started.

‘To be given a fresh start at a new club like Chelsea, it’s unbelievable for me. I’m looking forward to continuing where I left off at the end of last season and hoping to improve and add more goals to my game.’

Barkley should prove to be an excellent piece of business by Chelsea as he’ll provide Antonio Conte with a versatile option with the 24-year-old able to play anywhere across the midfield or behind the striker.

However, the England international has only recently recovered from a serious hamstring injury so it might be a few weeks before he’s in contention for first team action.