The January transfer window is now open so clubs are working hard trying to strengthen their squads for the second half of the season and put deals in place for the summer. Today, Phillipe Coutinho is set to join Barcelona…

Liverpool have confirmed this evening on Liverpoolfc.com that a deal has been agreed for the sale of Philippe Coutinho to Barcelona.

Barca renewed their interest in Coutinho this month after failing to force Liverpool in to a sale during the summer transfer window despite the attacker making it clear he wanted to leave.

The Reds stood firm and refused to do business with the Catalans and to be fair to Coutinho he still worked hard during the first half of the season having provided 12 goals and 8 assist in all competitions.

There were hopes Liverpool could persuade Coutinho to stay until the end of the season, however, the Brazilian international has made it clear he wants to move to Spain this winter.

The Merseysiders have finally caved and a statement on Liverpoolfc.com this evening confirmed a deal has been agreed with Barca for the South American’s signature.

Liverpool FC can confirm Philippe Coutinho will be leaving the club after a transfer agreement was reached with FC Barcelona, subject to medical and agreement of personal terms.

The player now has permission to complete the usual formalities to conclude the transfer immediately.

The fee wasn’t disclosed but the Liverpool Echo are one of several media outlets reporting that the deal is worth up to £142m (€160m) with Barca paying £105m up front and the rest in performance-based add ons.

The deal means Coutinho is set to become the second most expensive player in history behind Neymar – although he’ll be bumped down to third in the summer when Kylian Mbappe completes his permanent move to PSG.

The Echo claim Coutinho is flying to Spain tonight to complete the formalities of his transfer and the Daily Mail have published a photo of the player with his family at the airport this evening ahead of his flight. 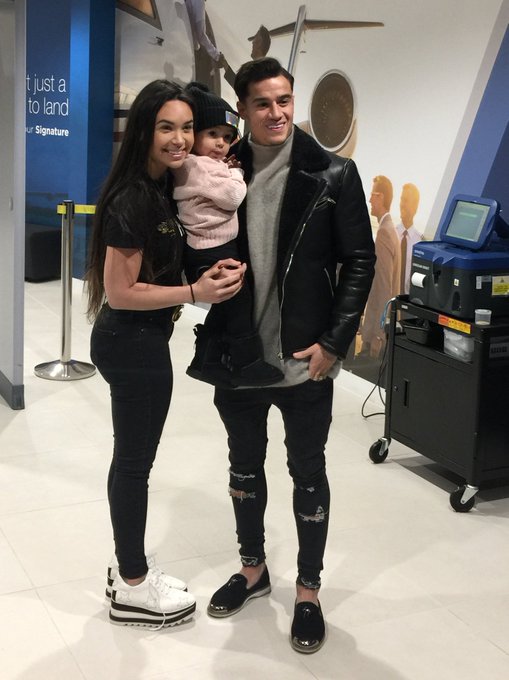 Coutinho will now undergo his medical in Spain and he’ll attend Barcelona’s game with Levante on Sunday afternoon with a view to making his debut against Celta Vigo next Wednesday.

The Brazilian playmaker leaves Liverpool having made over 200 first team appearances for the club since joining from Inter Milan in an £8.5m deal back in 2013.

It’s obviously a huge blow for Liverpool to have lost such an influential player but Jurgen Klopp is now armed with ample funds to buy a replacement and I think the Reds will now go hard for Thomas Lemar.