The draw for the fourth round of the FA Cup was conducted this evening and as usual it’s thrown up some intriguing ties.

Manchester United eased in to the next round after beating Derby County 2-0 at Old Trafford on Friday night and Jose Mourinho’s men will now travel to League Two Yeovil Town in arguably the tie of the round.

Tottenham booked their place in the fourth round after beating AFC Wimbledon 3-0 with Harry Kane once again among the goals at Wembley on Sunday afternoon and Spurs will now take on Newport County at Rodney Parade.

There was drama at Anfield on Friday evening as Virgil van Dijk scored a late winner to earn Liverpool a 2-1 victory over rivals Everton and the Reds will now host West Brom in the next round.

Chelsea were held to a bore 0-0 draw by Norwich City at Carrow Road on Saturday so the Blues will need to do the business in a replay at Stamford Bridge to book a home tie with Newcastle United.

Manchester City eased through the third round after beating Burnley 4-1 at the Etihad Stadium at the weekend and they will now travel to the winner of Cardiff or Mansfield in the fourth round.

The ties will be played on the weekend of the 26/28th January. Here is the full draw: 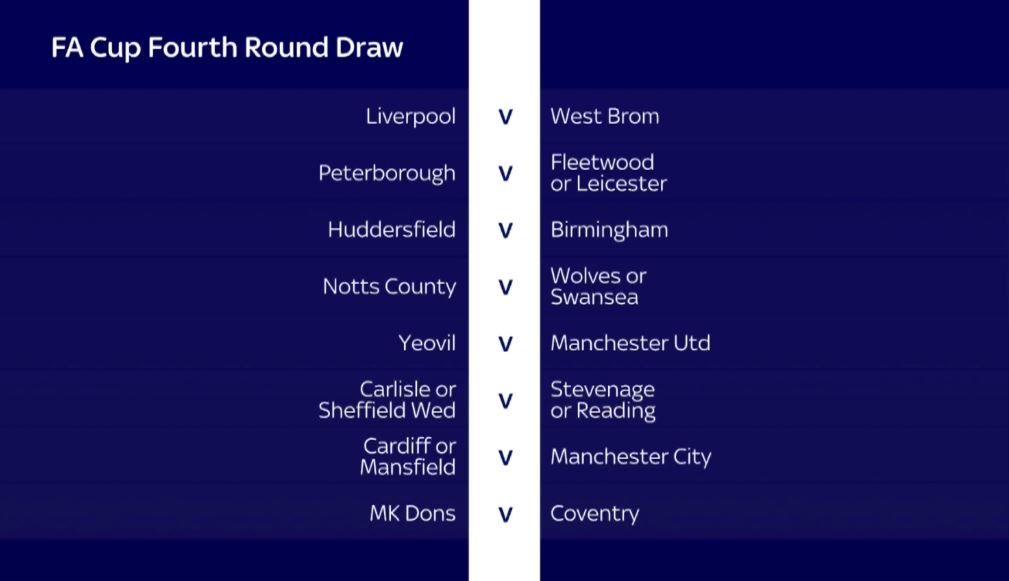 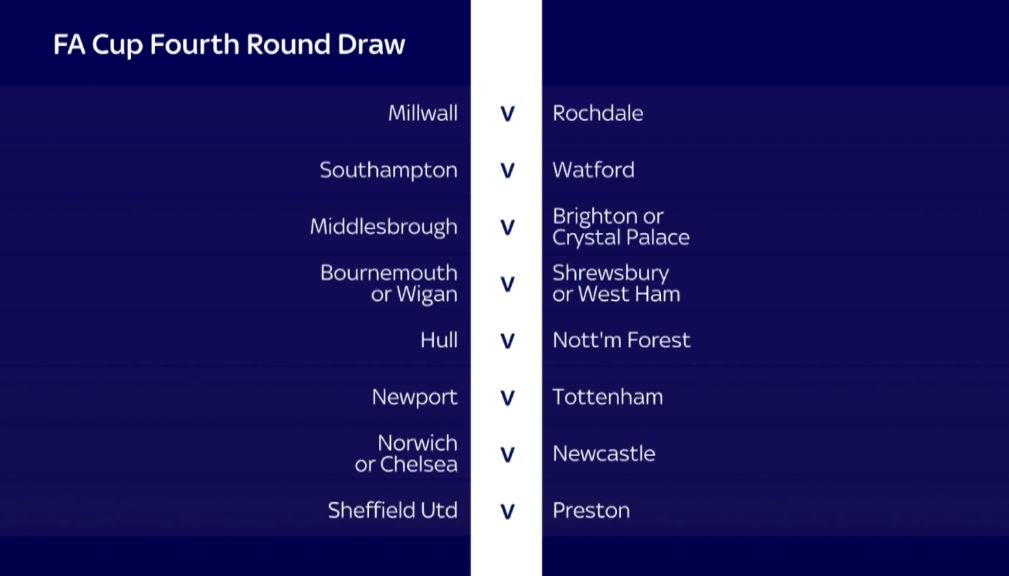