The January transfer window is now open so clubs are working hard trying to strengthen their squads for the second half of the season and put deals in place for the summer. Today, Man Utd are linked with Andrea Belotti… 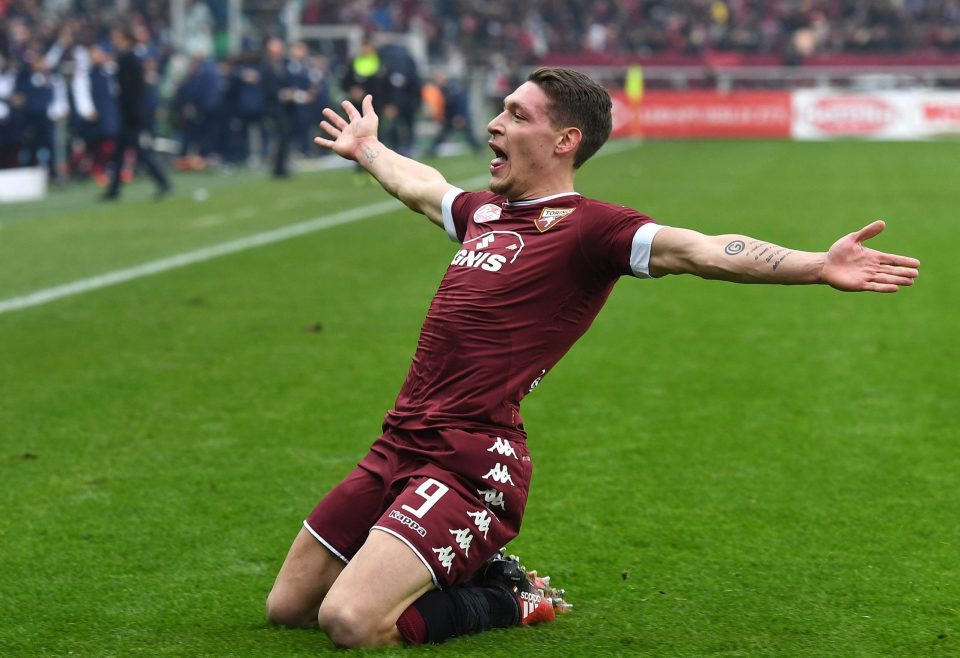 Manchester United are targeting a swoop for £88m-rated Torino striker Andrea Belotti as Jose Mourinho lines-up a replacement for Zlatan Ibrahimovic, according to the Manchester Evening News.

Ibrahimovic is out of contract at the end of the season and has struggled to force his way back in to the first team set-up after recovering from a serious knee ligament injury.

The Swedish legend has started just 2 games in all competitions since making his comeback in November and is currently on the sidelines after aggravating his knee problem last month.

Ibrahimovic is expected to leave Old Trafford when his current deal expires in June and it looks like Mourinho is already planning for life without the 36-year-old hitman.

The MEN is citing a report from Yahoo Sport that claims United are looking to buy a centre forward in his mid-20’s this summer and scouts have drawn-up a list of potential targets with Belotti emerging as Mourinho’s prime focus.

The report says United chiefs have been watching the 24-year-old after he caught the eye by netting 28 goals in 38 appearances last season while he’s also broken in to the Italian national team.

Belotti has continued to impress after scoring 7 in his 16 games so far this campaign and it looks like Torino are bracing themselves for serious interest from Old Trafford this summer.

However, the Serie A outfit won’t sell their star man on the cheap as Torino president Urbano Cairo has suggested they will hold out for the full value of his release clause – which the MEN claim is set at £88m (€100m).

“It’s the market that dictates the prices,” Cairo said

“If Coutinho is sold for €160m then perhaps, if Belotti goes back to doing what he usually does, [his release clause] will be low.”

We’ll have to wait and see how things progress over the coming months but it looks like United are showing a serious interest in Belotti and I think he’d be an excellent signing for the Red Devils if they could lure him to Old Trafford.