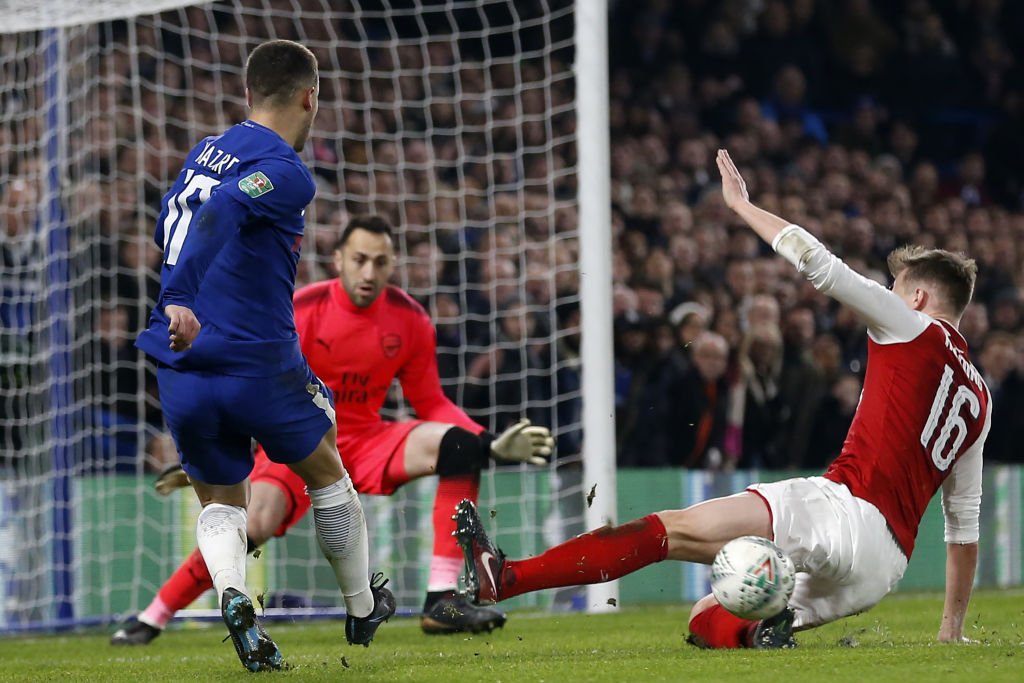 Arsenal will go away the happier of the two teams after holding Chelsea to a 0-0 draw in the first leg of their Carabao Cup semi-final clash at Stamford Bridge this evening.

It was a relatively even first half with clear cut chances at a premium. Alexandre Lacazette sliced Arsenal’s best opportunity while Cesc Fabregas headed straight at David Ospina while free in the box.

The VAR was also used when Ainsley Maitland-Niles went down in the area under a challenge from Victor Moses but no penalty was given despite replay’s showing there was slight contact with the Arsenal man.

Chelsea started the second half brightly and could have opened the scoring but Andreas Christensen missed a couple of headed chances while Victor Moses also went close.

Arsenal offered little going forward with Alex Iwobi wasting the visitors best opportunity of the second period but it ended all square in west London meaning the Gunners will take a very useful 0-0 draw back to the Emirates for the second leg in two weeks.

Here are some highlights from the game: