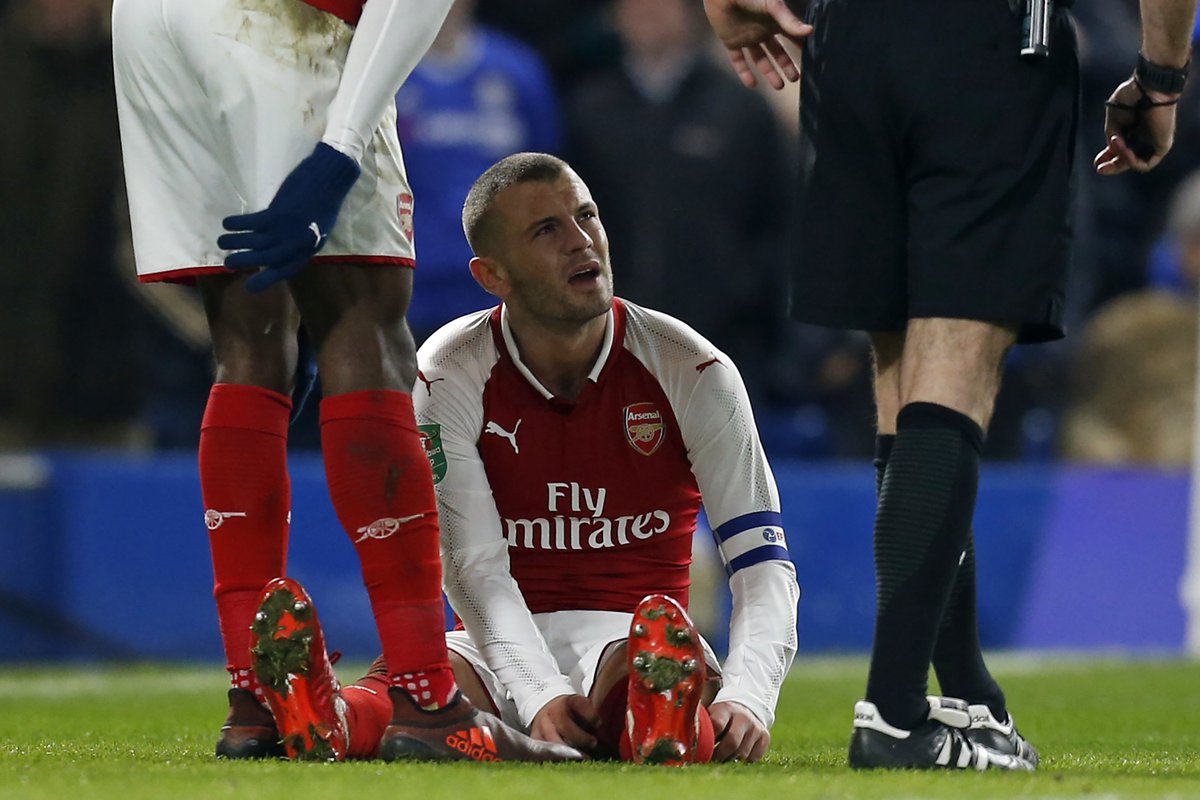 Jack Wilshere has taken to Instagram after Arsene Wenger confirmed the midfielder suffered sprained ankle ligaments during our 0-0 draw with Chelsea last night.

Wilshere started his eighth game out of nine during our Carabao Cup semi-final first leg stalemate at Stamford Bridge on Wednesday night as he once again lined-up alongside Granit Xhaka.

The 26-year-old continued his fine recent form with Wilshere arguably one of the best players on the pitch during the opening forty-five minutes as he ran the show in midfield.

However, unfortunately Jack’s injury curse struck yet again as he turned his ankle when attempting to block a Victor Moses cross early in the second half.

The England international attempted to play on after receiving treatment but he was in obvious pain and was eventually replaced by Mohamed Elneny in the 57th minute.

Speaking after the game, Wenger confirmed that Wilshere has sprained his ankle ligament and has already been ruled out of Sunday’s trip to Bournemouth but the injury will require further assessment before we’ll know exactly how long he’ll be on the sidelines for.

on Wilshere’s injury…
He has an ankle sprain and the first look at it was not too bad, but of course for Sunday I think he will be short. I do not know how long he will be out. It is a shame to lose him when he is such good form and it was by blocking the shot that turned his ankle and it’s his good ankle so I am quite positive.

Wilshere has now taken to Instagram to say it was an honour for him to wear the captains armband against Chelsea while he also took the time to thank the travelling fans for their support. The midfielder went on to say he hope’s his injury isn’t too serious and he’ll be back on the pitch as soon as possible.

What an honour to be given the armband tonight! Enjoyed every minute of it. Thanks to the fans you were fantastic tonight as always! Hope my injury is not to bad and I'm back as soon as possible! #AFC

It’s a cruel blow for Wilshere to have picked up this injury after working so hard to regain full fitness following his leg fracture last year. Fingers crossed this issue is only minor and won’t set Jack back too much.