The January transfer window is now open so clubs are working hard trying to strengthen their squads for the second half of the season and put deals in place for the summer. Today, Sporting Lisbon want £89m for Liverpool target Gelson Martins… 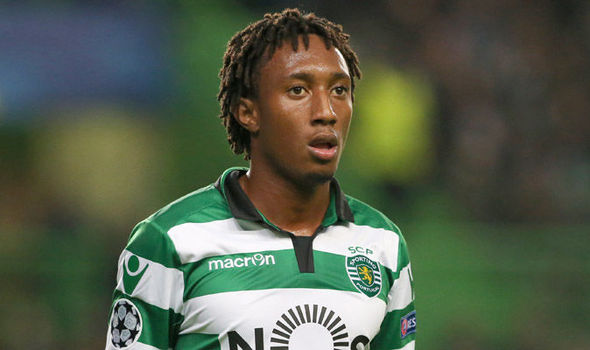 Liverpool have agreed personal terms with Gelson Martins over a move to Anfield but they may have to pay up to £89m to land the Sporting Lisbon attacker, according to a report in the Metro.

The Reds are in the market for another attacking midfielder after Philippe Coutinho completed his big-money move to Barcelona last week and a number of players have been linked recently.

However, it looks like Martins is now emerging as a prime target for Jurgen Klopp as the Metro are citing reports coming from Correio da Manha that claim Liverpool have agreed terms with the Sporting youngster.

The local Portuguese outlet says Martins has agreed a contract worth around £4.4m-per-season, however, Liverpool are yet to agree a deal with Sporting and it could be a difficult process.

Martins currently has a buyout clause worth £53m written in to his contract and so-far Liverpool have refused to meet that figure despite the Portuguese outfit making it clear they won’t sell for anything less.

However, the Mirror claim that Sporting are desperate to keep Martins and are set to excerise their option to pay the 22-year-old £1.3m in order to increase his buyout fee to £89m.

If Liverpool aren’t prepared to pay £53m it’s highly unlikely they’ll pay anywhere near £89m so despite reportedly agreeing personal terms with the player, it looks like a deal is still a long way off.

Martins has developed in to one of the most exciting players in Portuguese football since breaking in to the Sporting first team two years ago and has 9 goals and 8 assists in all competitions so far this season.

He’s predominantly a right winger but can play anywhere across the attacking midfield position so he’d give Klopp plenty of options in the final third. However, it seems any move is still going to take some time to resolve.