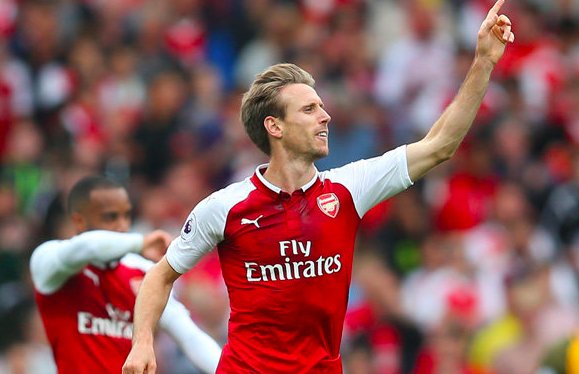 Arsenal registered their first win of 2018 after a first half blitz lead to a comfortable 4-1 victory over Crystal Palace at the Emirates this afternoon.

It was the perfect start for Arsenal as we opened the scoring in the 6th minute when Nacho Monreal headed home unchallenged at the far post following a Granit Xhaka corner.

We doubled our lead just four minutes later as Alex Iwobi tapped home from close range after being set-up by Monreal’s cut back from the left byline.

Arsenal looked dangerous every time we poured forward and it was 3-0 in the 13th minute when Laurent Koscileny bundled home after after Monreal assist following a Xhaka corner.

The goals kept flowing and it was 4-0 in the 22nd minute as Alexandre Lacazette ended his goal drought with a neat finish following a superb team move involving Jack Wilshere and Mesut Ozil.

We played the second half in first gear but still wasted further chances to extend our lead and Palace grabbed a late consolation thanks to a fine finish from Milivojevic.

The victory means we’ve closed the gap on fifth-placed Tottenham to two points while fourth-placed Liverpool are a further three ahead.