Liverpool take on Swansea at the Liberty Stadium on Monday night. Here is the side I think Jurgen Klopp will select for the game: 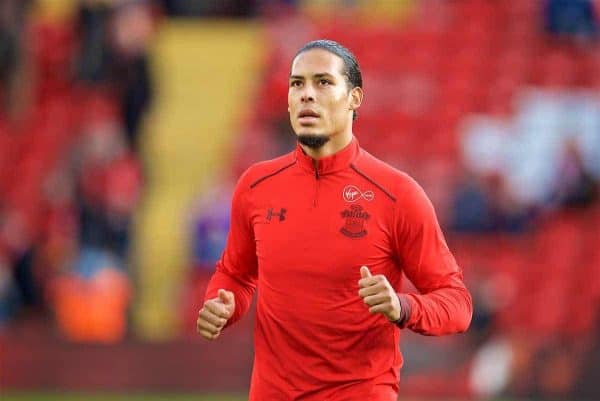 Liverpool will be looking to cement their position in the top four with a win when they take on Swansea at the Liberty Stadium on Monday night.

Goalkeeper: The Reds boss has confirmed that Loris Karius is the new Liverpool number one and he’s urged the young German to take his chance to establish himself between the sticks. Therefore, Simon Mignolet will have to make-do with a place on the bench.

Defence: January signing Virgil van Dijk is set to make his Premier League debut after recovering from a hamstring injury that kept him out of the win over Man City last weekend having previous featured during the FA Cup win over Everton.

Klopp may continued to rotate his right-backs with Trent Alexander-Arnold recalled in place of Joe Gomez while Andrew Robertson should continue at left-back after a hugely impressive display against City.

Dejan Lovren has been struggling with illness in recent days so he’s a doubt but Joel Matip is expected to line-up alongside van Dijk in the middle of the back four.

Midfield: Jordan Henderson has returned to training after recovering from a hamstring injury but this game may come too soon so Emre Can should keep his place in the holding role.

Klopp went with Gini Wijnaldum and Alex Oxlade-Chamberlain in front of Can against City and I think we could see the trio line-up once again tomorrow night with Adam Lallana offering an option from the bench.

Attack: Mohamed Salah has recovered from illness and returned to training so he should be fit to start in attack which will come as a huge relief as the Egyptian international has been sensational for Liverpool this season.

Sadio Mane should keep his place on the opposite flank while Roberto Firmino will once again lead the line up front and he’ll be looking to build on his fine goal against City last weekend.

Daniel Sturridge is back in training after recovering from his latest injury but a place on the bench is the best he can hope for amid on-going speculation surrounding his future at Anfield. 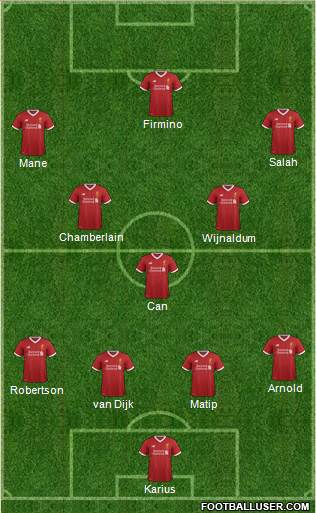