Alexis Sanchez has been unveiled as a Manchester United player after completing his move from Arsenal this evening.

The January transfer window is in full swing so clubs are working hard trying to strengthen their squads for the second half of the season and put deals in place for the summer. Today, Alexis Sanchez has completed his move from Arsenal to Man Utd…. 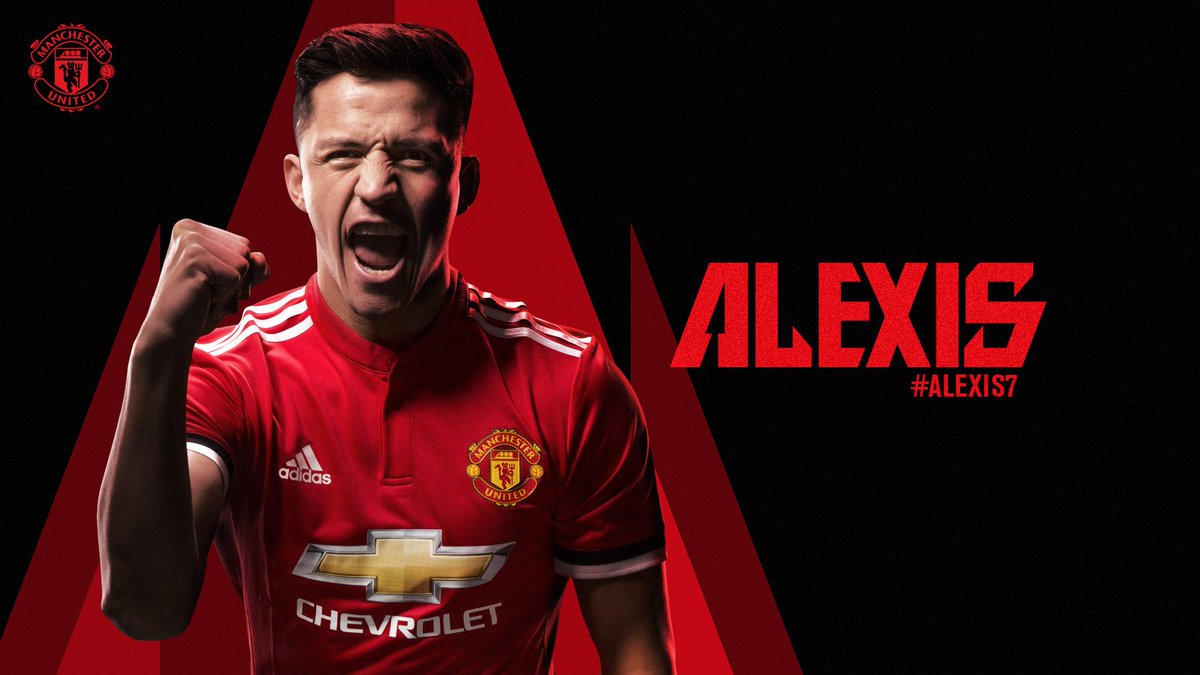 Alexis Sanchez has been unveiled as a Manchester United player after completing his move from Arsenal this evening.

Sanchez was one of the most sought after players in the world after deciding to run down his contract at Arsenal after failing to agree terms over an extension.

The Gunners decided to cash-in rather than lose the Chilean international for nothing in June and United emerged as favourites to sign the attacker ahead of rivals Man City earlier this month.

Sanchez soon agreed terms over his switch to Old Trafford and he was snapped arriving at United’s Carrington training base over the weekend where he undertook his medical.

The attacker was then spotted in Liverpool this morning where he attended the immigration office to transfer his work permit and all the formalities have now been completed.

United announced this evening on ManUtd.com that Sanchez has joined the club on a four-and-a-half year contract and the player has expressed his delight at joining the ‘biggest club in the world’.

“I am thrilled to be joining the biggest club in the world. I have spent three-and-a-half wonderful years at Arsenal and I bring with me very positive memories of that great club and its fans. The chance to play in this historic stadium and to work with Jose Mourinho was something I could not turn down. I am very proud to be the first Chilean player ever to play for United’s first team and I hope I can show our fans all around the world why the club wanted to bring me here.”

United also made the announcement on Twitter by uploading a video of Sanchez playing the piano in his new kit which confirmed he’ll wear the No.7 shirt this season.

As part of the deal, Henrikh Mkhitaryan has moved to Arsenal in the opposite direction and no money has reportedly changed hands to it’s a straight swap deal.

No doubt United fans will be delighted with Sanchez’s signing as he’s a top class player who is proven in the Premier League so I’m sure he’ll be a huge success at Old Trafford.

The 28-year-old could make his debut for United in their FA Cup fourth round clash with Yeovil Town on Friday night.