The January transfer window is in full swing so clubs are working hard trying to strengthen their squads for the second half of the season and put deals in place for the summer. Today, Man Utd are linked with two midfielders… Manchester United are confident of pulling-off a £98m double midfield swoop for Valencia’s Carlos Soler and Borussia Dortmund’s Julian Weigl, according to a report by TeamTalk.

Jose Mourinho recently completed the signing of Alexis Sanchez from Arsenal and it seems his attention will now turn to strengthening his options in the middle of the park.

Michael Carrick will retire and move in to a coaching role in June while Marouane Fellaini is out of contract this summer and has so far refused to sign an extension so Mourinho is in the market for two midfielders.

And it seems the United boss has his targets lined-up as TeamTalk are citing a report from the Independent that claims Mourinho is confident of pulling-off a double swoop for Weigl and Soler.

Weigl has been with Dortmund since joining the club from 1860 Munich in 2015 and he’s now a firm fixture in Peter Stoger’s starting eleven while he’s also got 5 caps for Germany to his name.

The 22-year-old defensive midfielder has a huge future ahead of him and the report suggests United are ready to spend around £53m to take him to Old Trafford. 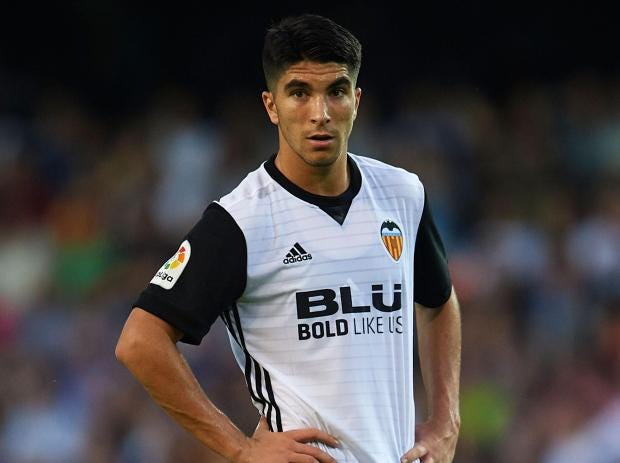 Soler has progressed through the youth ranks at Valencia to become a first team regular this season and he’s one of the most highly-rated young midfielders in Spanish football.

The 21-year-old is predominantly a central midfielder but he’s also capable of playing on the right wing so he’d give Mourinho some options if he does complete a move to United.

TeamTalk says Soler will cost the Red Devils around £45m meaning United are ready to spend around £98m on two talented young midfielders to replace Carrick and Fellaini.

We’ll have to wait and see how things progress over the coming weeks but I’d personally be surprised if either player was to join United this month so these proposed deals will most likely wait until the summer.