Arsenal and Chelsea will be battling to book their place in the final of the Carabao Cup at the Emirates. Here is a preview with team news and line-ups

Arsenal and Chelsea will be battling to book their place in the final of the Carabao Cup when they go head-to-head at the Emirates this evening.

The London rivals played out a 0-0 draw in the first leg of their semi-final at Stamford Bridge two weeks ago so the tie is finely poised as Manchester City await the victors in the final.

Arsenal warmed up for the game with an impressive 4-1 victory over Crystal Palace at the weekend but it was their first win in five attempts so Arsene Wenger will be hoping to build some momentum with a positive result tonight.

Chelsea cemented their place in the top four of the Premier League with a 4-0 win over Brighton at the Amex Stadium on Saturday but that was also their first win of 2018 following five consecutive draws in all competitions.

Arsenal expect Aaron Ramsey to be passed fit after recovering from illness but the Welshman may have to make do with a place on the bench with Jack Wilshere in fine form.

Nacho Monreal limped off at the weekend with a minor hamstring complaint so Wenger may not risk the Spaniard but Laurent Koscielny should keep his place at the back.

David Ospina will return in goal but Danny Welbeck and Olivier Giroud are ruled out. New signing Henrikh Mkhitaryan is cup-tied but he’ll be available for Arsenal’s upcoming Premier League fixtures.

Chelsea have suffered a blow as Thibaut Courtois is set to miss out with an ankle injury while Alvaro Morata has also been ruled out with a back problem.

Gary Cahill will face a late fitness test on a hamstring injury but Danny Drinkwater should return from a minor ankle complaint and he could start in midfield.

Cesc Fabregas will miss the chance to face his old club due to a hamstring injury but Andreas Christensen is available despite picking up a head injury at the weekend. 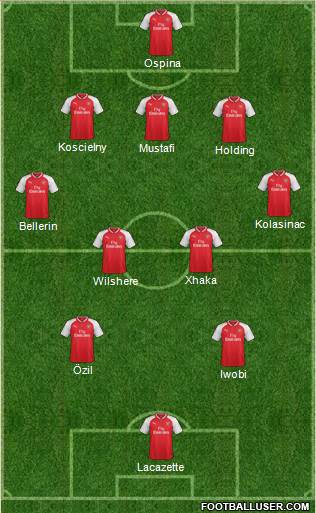 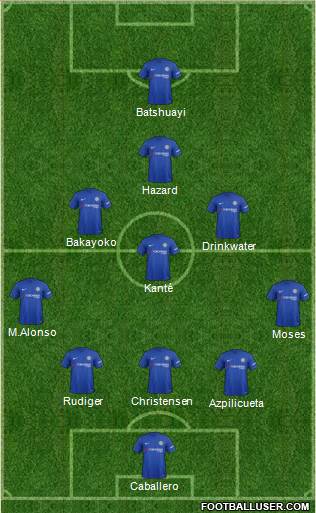 Arsenal 2-1 Chelsea: The Gunners were solid in the first leg but will they be able to produce such a disciplined performance at home when the onus is on them to attack? I’m expecting a more open game and the first goal is going to be vital. Arsenal started well at home to Palace on Saturday and if they break the deadlock tonight, I fancy them to edge it and book their place in the final.

Arsenal are the narrow 8/11 favourites to win the game but if you want more value then 1xbet are offering tempting odds of 11/1 on Arsenal to win 2-1 this evening. I think both teams to score is a banker bet at 8/11 while for even more value my tip would be to back Alexandre Lacazette to score first in a 2-1 Arsenal win which is available at odds of 18/1. Eden Hazard to score at any time is also a tempting bet at 3/1.