The January transfer window is in full swing so clubs are working hard trying to strengthen their squads for the second half of the season and put deals in place for the summer. Today, Man Utd are linked with Mesut Ozil….

Manchester United are ready to raid Arsenal for the second time with Jose Mourinho looking to lure Mesut Ozil to Old Trafford this summer, according to a report in the Metro.

Ozil’s future at the Emirates Stadium is in serious doubt as his contract expires in June and so far he’s failed to agree terms with the north Londoners over an extension.

The German international is free to discuss terms with foreign clubs about a free transfer move in the summer but it seems United are hoping to persuade Ozil to remain here in England.

The Red Devils have signed Alexis Sanchez from Arsenal this month and the Metro are citing a report from the Independent that claims Mourinho wants to reunite Ozil with the Chilean in Manchester.

Arsene Wenger has ruled out the idea of selling Ozil this month and the Gunners boss remains hopeful of finding an agreement over an extension to keep him in north London beyond this season.

However, the report says his £300,000-a-week wage demands remain a stumbling block and United are ready to flex their financial muscle once again to lure Ozil to Old Trafford on a free transfer this summer. 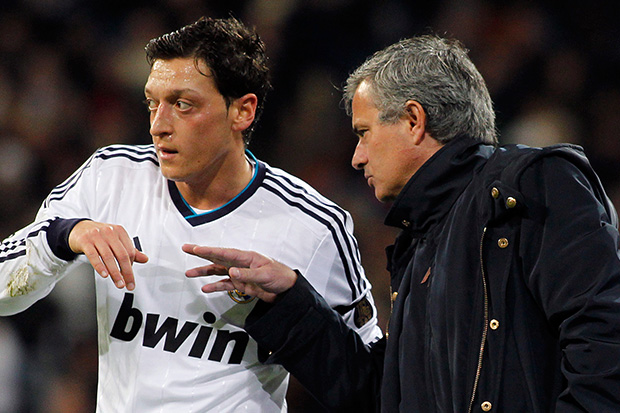 United blew their rivals out of the water by offering Sanchez a lucrative deal worth a reported £500,000-a-week before tax so they could easily meet Ozil’s wage demands if they want him badly enough.

Mourinho knows the German international well having worked together at Real Madrid but it remains to be seen whether the 29-year-old playmaker is keen on the idea of moving north.

Ozil recently bought a new house in north London and is settled in the capital so Arsenal will hope that will be enough to persuade him to snub United’s interest and sign a new deal at the Emirates.