The January transfer window in closed so it’s time to look at those deals that didn’t get over the line and those being lined-up for the summer. Today, Man Utd and Chelsea are linked with Robert Lewandowski…. 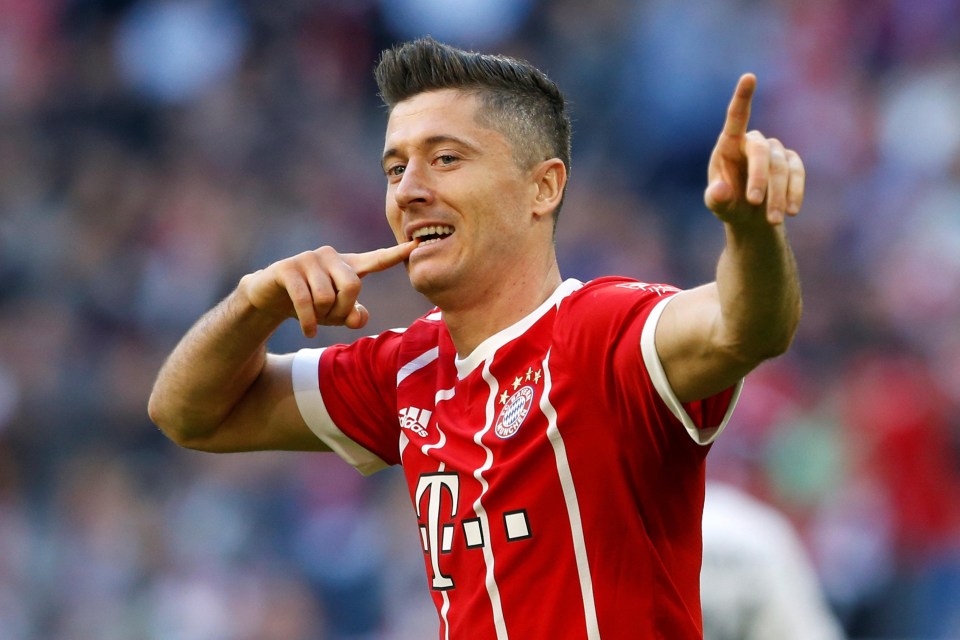 Manchester United and Chelsea are ready to battle-it-out over the signing of Robert Lewandowski after the striker decided he wants to leave Bayern Munich, according to Sky Sports News.

Lewandowski has been one of the most prolific strikers in world football for several years and has enhanced that reputation since joining Bayern from Borussia Dortmund in 2014.

The Polish international has scored 29 goals in 34 games in all competitions so far this campaign to take his tally to 139 goals in 181 appearances for the Bundesliga champions so there is little question he is a world class marksman.

However, Lewandowski’s future at the Allianz Arena is in doubt as Sky Sports claim he has decided to leave Bayern in search of a fresh challenge and initial talks have already been held to discuss his exit this summer.

The 29-year-old striker is under contract with Bayern until 2021 and the German giants are keen to keep hold of him but Lewandowski has hired super-agent Pini Zahavi to help negotiate a big-money move at the end of the season.

Understandably, this news has alerted clubs here in England as the report says Manchester United and Chelsea are both keen on offering Lewandowski a new start in the Premier League.

Jose Mourinho is expected to be in the market for a new striker this summer as Zlatan Ibrahimovic is set to leave when his contract expires in June and United have the financial firepower to offer Lewandowski a lucrative contract if he moved to Old Trafford.

Chelsea are also being tipped to buy another striker as Alvaro Morata has endured a mixed campaign since moving to west London last summer and it seems the Blues are ready to enter the chase for Lewandowski if he comes on the market.

However, the English duo aren’t the only clubs eyeing the striker as Sky Sports claim Real Madrid and PSG are also watching developments closely so it looks like four of Europe’s biggest clubs could do-battle over Lewandowski’s signature this summer.