Arsenal take on Brighton at the Amex Stadium on Sunday afternoon. Here is a preview with team news, line-ups and predicted score

Arsenal desperately need to get back to winning ways when we take on Brighton & Hove Albion at the Amex Stadium on Sunday afternoon.

It’s been another difficult week for the Gunners as we slumped to a hugely disappointing 3-0 defeat to Manchester City in the final of the Carabao Cup last weekend.

We then suffered another 3-0 loss to Pep Guardiola’s side at the Emirates on Thursday night which has all-but ended our hopes of climbing back in to the top four this season.

With Tottenham and Liverpool both winning today it means we currently sit sixth in the table and 13 points adrift of fourth place so even with a game in hand it’s highly unlikely we’ll make up that kind of ground.

However, Arsene Wenger insists he hasn’t thrown in the towel yet and will resist the temptation to rest players ahead of our Europa League last-16 clash with AC Milan on Thursday night.

We’ll face a Brighton side that sit 12th in the division but they are just four points off the drop zone so Chris Hughton will be desperate for a positive result to boost their survival hopes.

Jack Wilshere is facing a late fitness test after missing the defeat to City with a minor groin injury while Alex Iwobi is pushing for a recall.

Arsenal will be without Nacho Monreal as he’s still nursing a back injury while Alexandre Lacazette is also still sidelined following knee surgery.

Brighton have virtually a fully-fit squad to choose from as Jiri Skalak is back in contention after recovering from an ankle injury meaning Steve Sidewell is the only absentee. 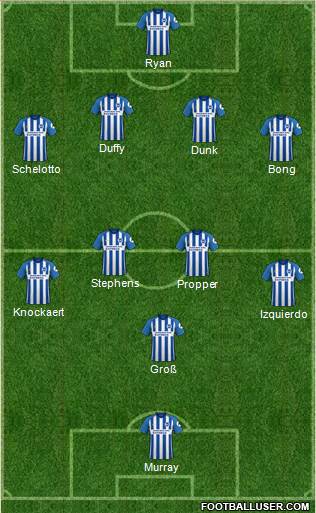 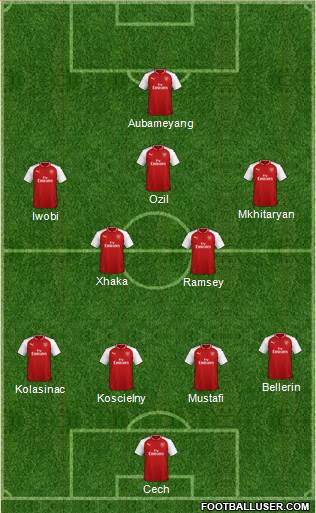 Brighton 1-2 Arsenal: We are clearly low on confidence right now so it’s down to Wenger to pick the players up and get us back on track ahead of the Milan game. Our away form has been shambolic this season but we’re unbeaten in 34 league games against newly-promoted sides so hopefully that run will continue tomorrow. It won’t be easy but I’m backing the boys to bring home a hard fought 2-1 win.

Arsenal are the 19/20 favourites to win this game with the bookmakers but we can get new customers enhanced odds of 25/1 on the Gunners – just click here to take advantage of these incredible odds.