Chelsea take on champions-elect Manchester City on Sunday afternoon. Here is the side we think Antonio Conte will pick for the game: 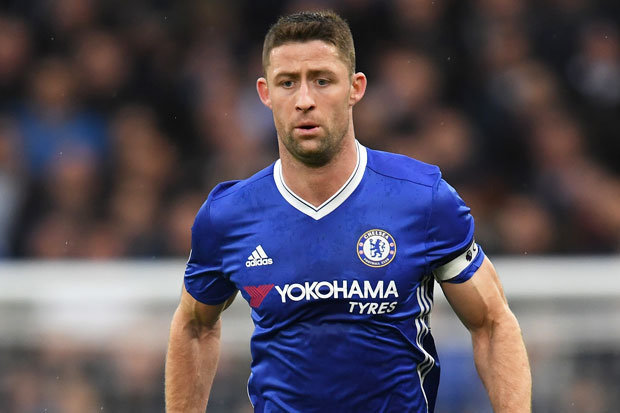 Chelsea will look to close in on the top four with a win when they take on champions-elect Manchester City on Sunday afternoon.

Goalkeeper: Thibaut Courtois is certain to keep his place between the sticks once again with Willy Caballero on the bench.

Defence: Gary Cahill is pushing for a recall having been dropped for the last two games and I think we’ll see the experienced centre-back come back in following last weeks defeat to Man Utd.

Antonio Rudiger is the man most likely to make way as Andreas Christensen should keep his place at the heart of the back three while Cesar Azpilicueta is certain to be retained.

Midfield: Cesc Fabregas could also come back in to the side tomorrow after being benched for the defeat at Old Trafford last Sunday afternoon. Danny Drinkwater will be the man to drop out as N’Golo Kante will almost certainly retain his place in midfield.

Ross Barkley could be back in the squad after returning to training having recovered from a hamstring injury, however, Tiemoue Bakayoko will once again miss out.

Victor Moses should continue in the right wing-back position ahead of Davide Zappacosta while Marcos Alonso is also expected to keep his place meaning Emerson Palmeiri will have to make-do with a place on the bench.

Attack: Conte has opted to go with Eden Hazard in the false 9 role during tricky away games recently so we could see the Belgian international deployed up front once again tomorrow.

That would see Alvaro Morata drop back to the bench where he’ll join Olivier Giroud with Pedro recalled alongside Willian and the duo will offer support to Hazard in attack. 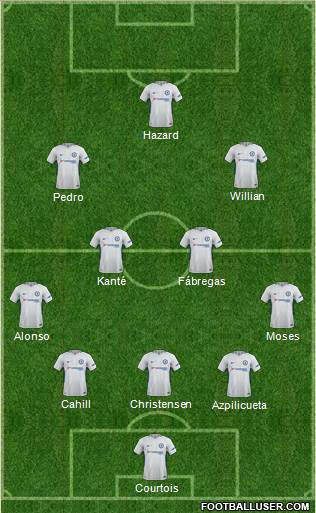