The transfer window is closed but managers are working hard on their plans for the summer so we’ll bring you all the latest gossip from around the globe. Today, Timo Werner talks-up Man Utd and Liverpool…. 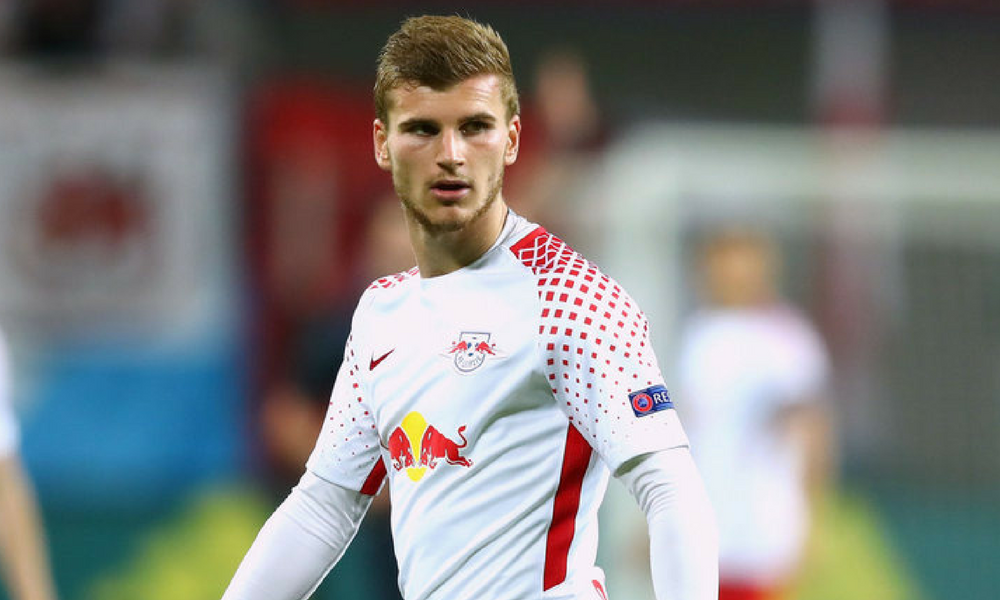 RB Leipzig striker Timo Werner has confirmed he’d be interested in joining Liverpool and Manchester United but favours a move to Old Trafford, according to the Daily Mail.

Werner made his name at Stuttgart after coming through the youth ranks at his hometown club before earning a move to RB Leipzig in the summer of 2016.

The 22-year-old has continued to forge a reputation as one of the best strikers in German football this season having scored 16 goals in 33 appearances in all competitions.

The striker has also become a regular in the German national team with 7 goals in his 10 caps so far and his impressive form has led to speculation linking him with a move to the Premier League.

The Daily Mail claim Liverpool have been strongly linked with a move for the striker in recent months as Jurgen Klopp looks to sign another forward to support Roberto Firmino at Anfield.

Werner has now confirmed he’s a fan of the Merseysiders, however, he favours Man Utd and would opt for a move to Old Trafford when he decides it’s time to leave Leipzig.

The German international also initially said he isn’t looking for a move any time soon but went on to admit that he’s at a stage in his career where he wants to play for a club that challenges for trophies.

The striker is quoted as saying by the Daily Mail:

Jose Mourinho could be in the market for another striker this summer as Zlatan Ibrahimovic is set to leave in June and it seems Werner would jump at the chance of moving to Old Trafford if the opportunity arose.

However, we’ll have to wait and see whether United or indeed Liverpool decide to launch any sort of formal move for the striker before we can start talking about him playing in England next season.