Arsenal take on Watford at the Emirates on Sunday afternoon. Here is a preview with team news, line-ups and predicted score

Arsenal will be hoping to build on the Europa League win over AC Milan when we welcome Watford to the Emirates on Sunday afternoon.

We ended a run of four straight defeats in all competitions of Thursday night with an impressive 2-0 victory over AC Milan to put one foot in the quarter finals of the Europa League.

Winning that competition has now become a priority as there is virtually no chance we can finish in the top four with last weeks defeat at Brighton leaving us 13 points adrift of the top four.

However, we need to build some momentum as it’s no use throwing our league games and hoping to turn things on in Europe every Thursday so Arsene Wenger needs to build some confidence in the squad with a run of positive results.

We’ll face a Watford side that beat us 2-1 in the reverse fixture in October and hopefully the players have a point to prove after Troy Deeney accused us of have no ‘cojones’ following the defeat at Vicarage Road.

Arsenal will be without Hector Bellerin for the third consecutive game as he’s still nursing a knee injury while Nacho Monreal has only just returned to light training following a back problem.

Calum Chambers trained today after suffering cramp in midweek while Sead Kolasinac also took part in the session after being forced off with an ankle injury against Milan – although he may not be risked ahead of the second leg.

Pierre-Emerick Aubameyang is available for selection having been ineligible in Europe so he should replace Danny Welbeck up front but Alexandre Lacazette remains sidelined.

Watford will be without midfielder Tom Cleverley as he’s still working his way back to full fitness from a thigh injury. 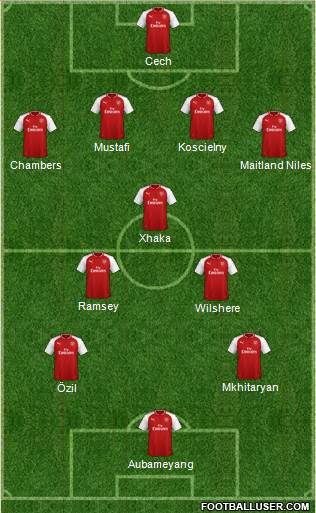 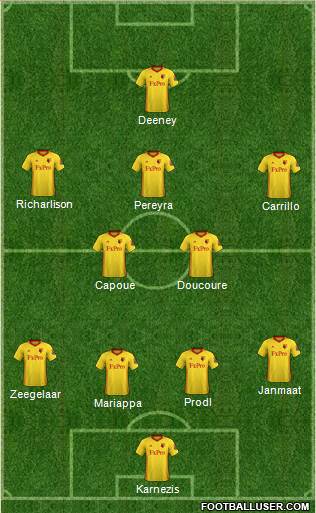 Arsenal 2-0 Watford: We’ve lost four of our last seven games against Watford at the Emirates in all competitions so they’re becoming something of a bogey team. However, they haven’t been playing well in recent weeks and hopefully the Arsenal squad have been lifted by the win in Milan. I’m confident we’ll win tomorrow. I’m going for 2-0.