The transfer window is closed but managers are working hard on their plans for the summer so we’ll bring you all the latest gossip from around the globe. Today, Liverpool close-in on Jack Butland… 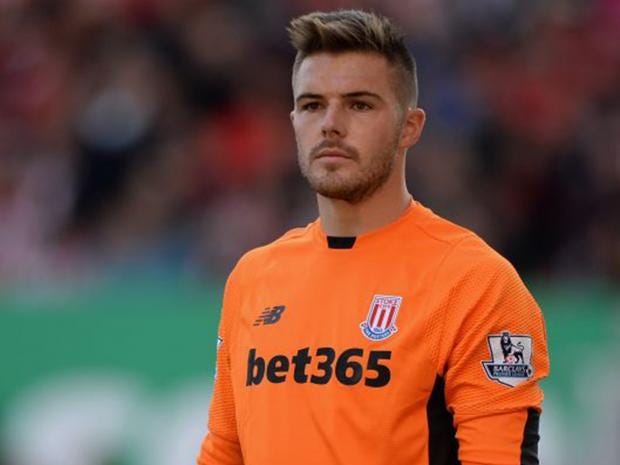 Jurgen Klopp is confident of signing Jack Butland with the £40m-rated Stoke City goalkeeper ready to snub Arsenal in favour of a move to Anfield this summer, according to the Mirror.

Butland made his name at Birmingham City having progressed through their youth ranks and has developed in to one of the best young keepers in Europe since joining Stoke in January 2013.

The 24-year-old is now a regular in Mark Hughes’ starting eleven while he’s also established himself in the England national team ahead of the World Cup finals in Russia.

Butland’s form has attracted interest from the upper echelons of the Premier League as the Mirror claim Arsenal and Liverpool are chasing the 6ft 5in stopper ahead of the summer window.

The Gunners are in the market for a new No.1 as Petr Cech is coming towards the end of his illustrious career while David Ospina is being tipped to leave this summer and it looks like Butland is being eyed as a replacement.

However, Arsenal could be set for disappointment as the newspaper report says Butland favours a move to Anfield over the Emirates as he wants the opportunity to work under Klopp.

Simon Mignolet is expected to leave after losing his first team place and although Loris Karius has shown promise in recent weeks, Liverpool are still being tipped to sign a new No.1 this summer.

They’ve been linked with Roma star Alisson but the Mirror claim the Merseysiders have now made Butland their prime target due to his experience of English football.

Stoke are resigned to losing their keeper but the report says they will demand £40m for his signature which would eclipse the current world record fee for a goalkeeper set by Man City with their £34.7m signing of Ederson from Benfica.

We’ll have to wait and see how things progress over the coming months but I think Butland would be an excellent signing for Arsenal or Liverpool if either club could get a deal agreed.