Find out who Arsenal could get in the quarter finals of the Europa League after booking their place in the draw win a 5-1 aggregate win over AC Milan.

Arsenal book their place in the quarter finals of the Europa League thanks to a 3-1 victory over AC Milan at the Emirates last night which secured a 5-1 aggregate win.

We went in to last night’s game holding a 2-0 advantage from the first leg but Milan got themselves back in the tie after opening the scoring with a superb strike from Hakan Calhanoglu.

Arsenal levelled things up in controversial fashion when Danny Welbeck dived to win a penalty in the 38th minute. The striker converted to make it 1-1 on the night and 3-1 on aggregate.

Granit Xhaka then put us firmly in control with a long-range effort before Welbeck sealed a 5-1 aggregate victory with a late header to book our place in today’s quarter final draw.

The team we all want to avoid is Atletico Madrid as they are easily the best side we could draw after the Spaniard’s thrashed Lokomotiv Moskow 8-1 on aggregate.

Lazio also booked their place in the last 8 with a 4-2 aggregate win over Dynamo Kiev and the Italians would be a real test over two legs if we got them in the quarter finals.

Marseille secured an impressive 5-2 aggregate win over Athletic Bilbao while RB Leipzig would be an interesting game after they beat Zenit St Petersburg 3-2 over their last-16 tie.

I’d be pleased with any of the final three teams with Sporting Lisbon perhaps the best draw as they came through after beating Plzen 3-2 on aggregate.

CSKA Moscow would obviously be tricky away but we should beat them over two legs while we shouldn’t underestimate RB Salzburg after they shocked Borussia Dortmund 2-1 in their tie.

Here is confirmation of the last 8 of the Europa League ahead of today’s draw – which takes place at midday. 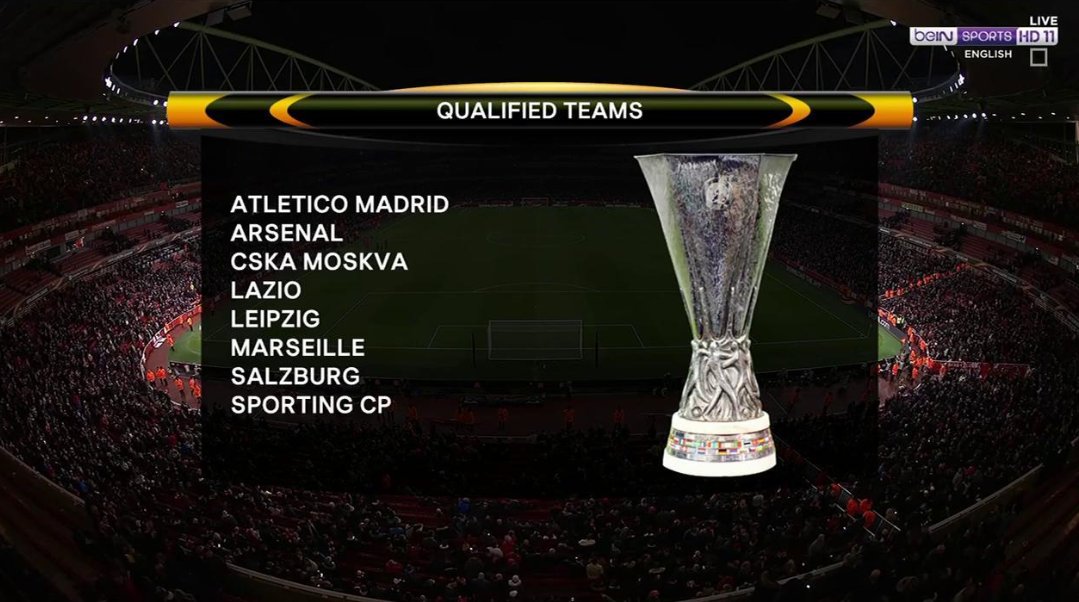