The draw for the semi finals of the FA Cup was conducted this evening. Find out who the likes of Man Utd, Tottenham and Chelsea were drawn against

The draw for the semi finals of the FA Cup was conducted this evening and it’s safe to say Chelsea were the happiest of the four remaining teams.

Chelsea were made to work for their place in the semi’s as they needed an extra time goal from Pedro to secure a 2-1 victory over Leicester City at the King Power Stadium this afternoon.

The Blues have now been drawn to face Southampton after the South Coast club beat Wigan Athletic 2-0 at the DA Stadium earlier today.

Manchester United eased in to the semi finals with a routine 2-0 win over Brighton & Hove Albion at Old Trafford on Saturday night and Jose Mourinho’s men will now face Tottenham in the next round.

Spurs booked their place in the last four of the competition after beating Swansea 3-0 at the Liberty Stadium on Saturday thanks largely to a brace from Christian Eriksen and they’ll now take on United.

Chelsea will be extremely confident of progressing to the final but it’s a 50/50 toss-up between United and Spurs in the other semi-final.

The ties will be played over the weekend of the 21st/22nd April. 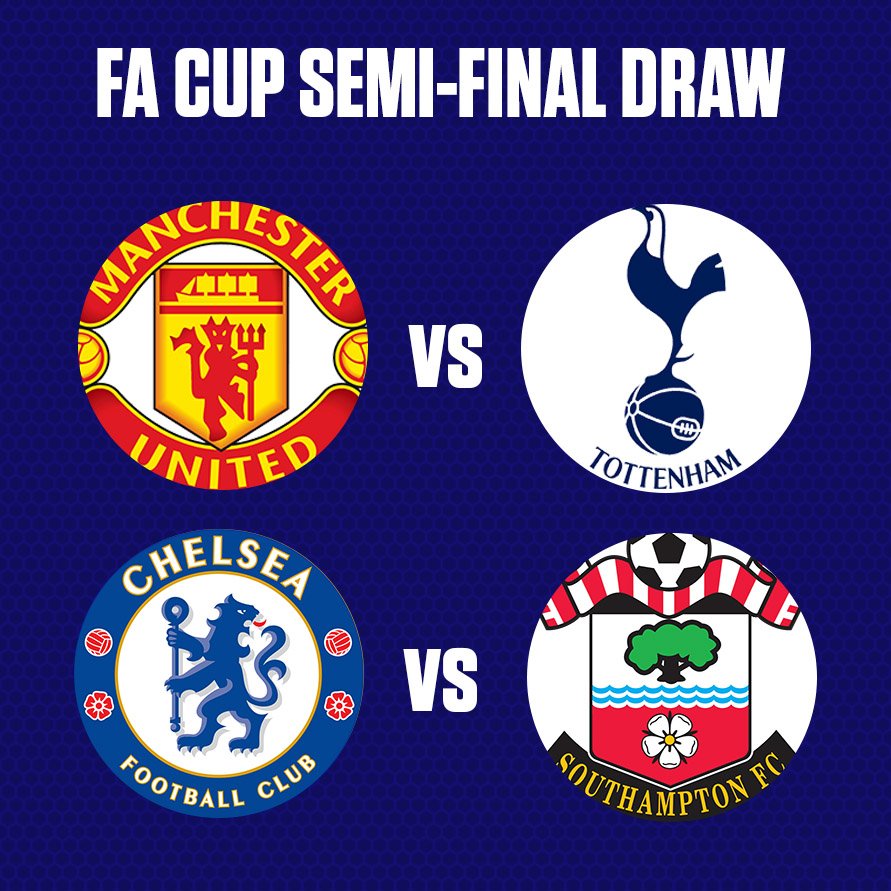