Arsenal In Battle With Chelsea To Sign £25m Bundesliga Star

Arsenal are ready to battle it out with Chelsea over the signing of RB Leipzig’s £25m-rated goalkeeper Peter Gulacsi this summer, according to reports

The transfer window is closed but managers are working hard on their plans for the summer so we’ll bring you all the latest gossip from around the globe. Today, Peter Gulacsi is linked with a move to London…. 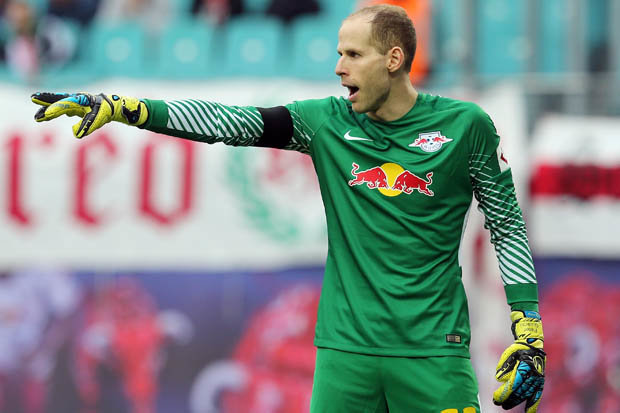 Arsenal are ready to battle it out with Chelsea over the signing of RB Leipzig’s £25m-rated goalkeeper Peter Gulacsi this summer, according to the Sun.

Gulacsi spent five years on the books at Liverpool but failed to make a single appearance after spending most of his time out on loan before making a move to RB Salzburg in 2013.

The Hungarian international got his career back on track and earned a move to Leipzig in 2015 where he’s developed in to one of the most consistent goalkeepers in German football.

The 27-year-old has played a key role in Leipzig’s recent success and he was voted by Kicker as the best keeper in the Bundesliga during the first half of the campaign prior to the winter break.

It seems Gulacsi’s impressive form has attracted interest from England as the Sun claims Arsenal and Chelsea have both identified the keeper as a key summer transfer target.

Arsene Wenger is expected to be in the market for a new number one this summer as Petr Cech turns 36 in May and his best years are behind him while David Ospina is tipped to leave the Emirates after failing to hold down a regular place.

It looks like Gulacsi is on Wenger’s radar, however, the Gunners will face competition from Chelsea as Antonio Conte lines-up potential replacements for Thibaut Courtois amid strong interest from Real Madrid.

Gulacsi is under contract until 2022 but the newspaper report suggests Leipzig would cash-in at £25m and they may be forced to sell if they fail to qualify for the Champions League next season.

Arsenal and Chelsea should have no problem meeting the reported asking price and Gulacsi comes with the added benefit of being a home-grown player due to his five years with Liverpool so I think he’d be a solid signing for either of the London duo.