The transfer window is closed but managers are working hard on their plans for the summer so we’ll bring you all the latest gossip from around the globe. Today, Liverpool are linked with Timo Werner… 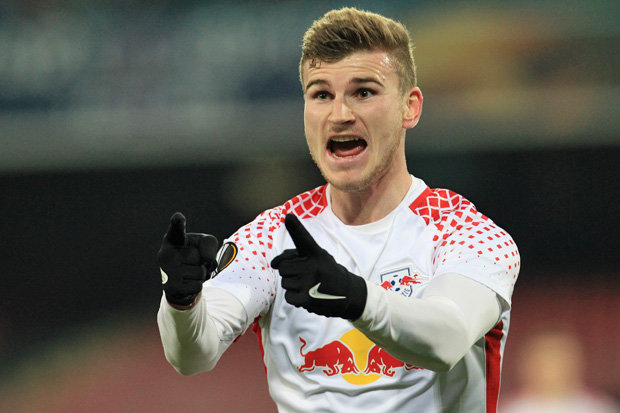 Liverpool are plotting an £87m bid to sign Timo Werner despite the RB Leipzip striker admitting he favours a move to Manchester United, according to reports in Germany via TeamTalk.

Werner has forged a reputation as one of the best strikers in German football having scored 39 goals in 69 appearances since joining Leipzig from Stuttgart in 2016.

The 22-year-old has also become a regular in the German national team with 7 goals in his 10 caps so far and his impressive form has led to speculation linking him with a move to the Premier League.

Liverpool and Man Utd have both been touted as potential destinations and Werner recently admitted it’s his dream to play in the Premier League as some point in his career.

The talented striker revealed he is a fan of both Liverpool and United but confirmed he would favour a switch to Old Trafford over Anfield if he had the choice.

Werner was quoted as saying by the Daily Mail earlier this month:

Speaking last weekend, Werner appeared to suggest he was planning to stay with Leipzig for at least one more season but that doesn’t seem to have deterred Liverpool.

TeamTalk are citing reports from Bild that claim Jurgen Klopp has a serious interest in signing Werner this summer and is prepared to test Leipzig’s resolve with an £87m offer.

The German publication says Klopp is in constant contact with Werner’s agent, Karlheinz Forster, over a potential move at the end of the season but Leipzig are hoping to persuade the striker to sign a new deal before the World Cup starts in June.

Klopp is being tipped to bring in another striker to compete with Roberto Firmino next season and Werner would be an excellent signing but it remains to be seen whether they can pull it off.