The transfer window is closed but managers are working hard on their plans for the summer so we’ll bring you all the latest gossip from around the globe. Today, Man Utd are ready to make their move for Faouzi Ghoulam… 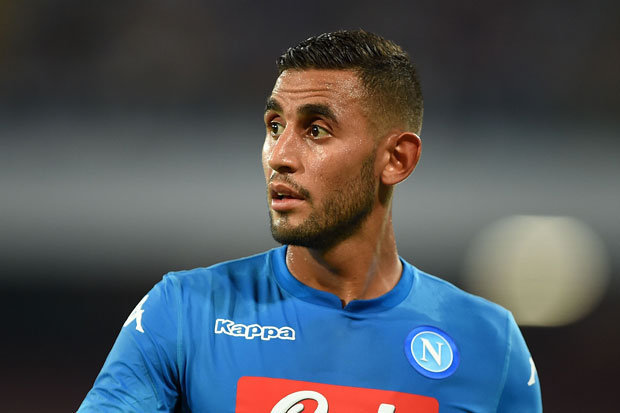 Manchester United are ready to steal a march on Liverpool by tabling an opening £26m bid for Napoli star Faouzi Ghoulam, according to a report by TeamTalk.

Ghoulam has developed in to one of the best full-back’s in Italian football since joining Napoli from Saint-Etienne in 2014 and he’s racked up over 150 appearances for the Serie A giants.

The 27-year-old is currently on the sidelines recovering from a long-term knee injury but he’s still attracting plenty of interest ahead of the summer transfer window.

TeamTalk claim Liverpool are among the clubs to have registered their interest in signing the Algerian international as Jurgen Klopp looks to bolster his ranks at the end of the season.

Andrew Robertson has impressed at left-back since breaking in to the side but Alberto Moreno is being tipped to leave Anfield and Klopp could be eyeing Ghoulam as a potential replacement.

However, it looks like Man Utd are ready to steal a march on Liverpool as TeamTalk are citing a report from RMC that claims the Red Devils are ready to formalise their interest with a firm offer.

The French publication says United have been monitoring Ghoulam for some time and will test Napoli’s resolve with a £26m bid after holding talks with the player’s agent, Jorge Mendes.

Jose Mourinho is expected to be in the market for a new left-back as Luke Shaw is being tipped to leave Old Trafford after falling out-of-favour and Ashley Young turns 32 in July.

A long-term replacement is needed and it looks like United hope Ghoulam will be the man to fill Young’s boots, however, it remains to be seen how Napoli will respond to their reported opening offer.

Ghoulam signed a new five-year contract at the Stadio San Paolo in December and his release clause is reportedly set at £52.6m so United may have to dig a little deeper if they want to tempt Napoli in to a deal.