Chelsea take on West Ham at Stamford Bridge on Sunday afternoon. Here is our preview with the latest team news, line-ups, prediction and betting

Chelsea will be looking to get their top four push back on track when they take on West Ham at Stamford Bridge on Sunday afternoon.

The Blues have it all to do if they’re to qualify for the Champions League next season as Tottenham extended their lead to 11 points with a 2-1 win at Stoke City today having beaten Chelsea 3-1 last weekend.

Chelsea can close the gap to eight points with a win tomorrow but with just six games then left to play, Antonio Conte knows they can’t afford to slip-up if they’re to stand any chance of catching Spurs.

However, West Ham head to West London looking for a positive result to boost their survival hopes with David Moyes’ side currently 14th and five points above the relegation zone.

Thibaut Courtois is set to return after recovering from a hamstring injury that kept him out of the Tottenham game last week so Willy Caballero is set to make way.

Pedro is also available again after recovering from a knock but the Spaniard may have to make do with a place on the bench as Willian and Eden Hazard should retain their places in attack.

Conte may reshuffle his pack with Gary Cahill and Tiemoue Bakayoko pushing for recalls.

West Ham will be without Michail Antonio as he’s been ruled out for the rest of the season but Manuel Lanzini could return to the squad. 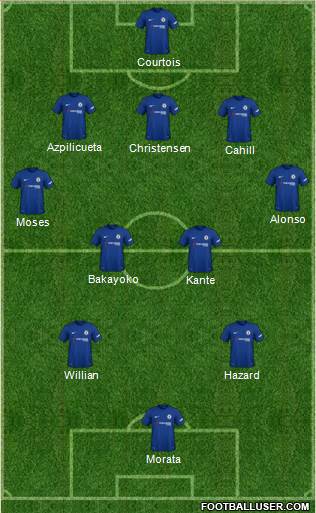 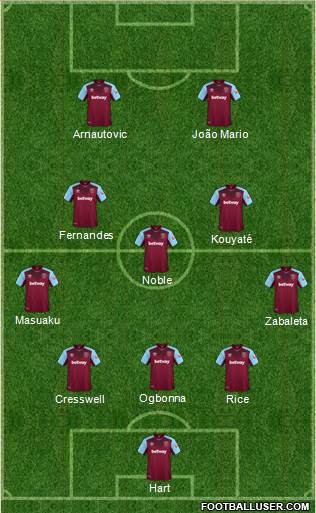 Chelsea 2-0 West Ham: The Hammers won the reverse fixture 1-0 earlier in the season but they haven’t won at the Bridge in their last 11 visits and Moyes has won none of his 14 trips to Chelsea as a manager. This is a must-win for the hosts if they’re to stand any chance of making the top four so I think they’ll ease to a 2-0 win.

Chelsea are the 2/7 favourites to win this game with the bookmakers but we can get new customers enhanced odds of 25/1 on the Blues – just click here to take advantage of these incredible odds.