The transfer window may be closed but managers are working hard on their plans for the summer so we’ll bring you all the latest gossip from around the globe. Today, Liverpool are linked with Paulo Dybala… 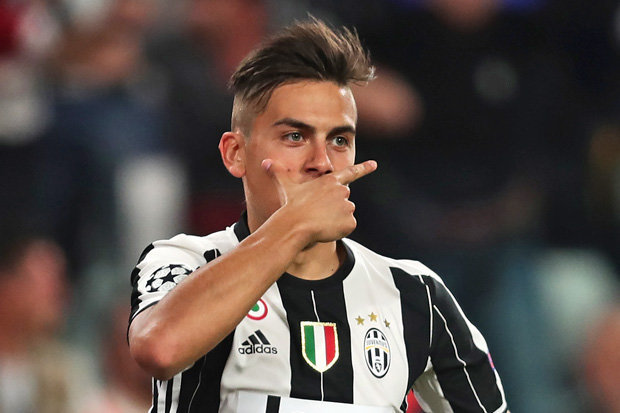 Jurgen Klopp has been given the green light to launch a swoop for Paulo Dybala as Liverpool plan a shock move for the £109m-rated Juventus star, according to a report by TeamTalk.

Klopp is expected to be in the market for attacking reinforcements this summer as Liverpool are yet to bring in a replacement for Philippe Coutinho following his £142m move to Barcelona in January.

The Reds boss could also do with another top class forward to offer support for the likes of Roberto Firmino and Mohamed Salah if Liverpool are to compete on all front for major trophies next season.

It seems Klopp has an ambitious target in mind as TeamTalk are citing reports from Sport Mediaset that claim Liverpool are plotting a stunning swoop for Dybala this summer.

The Italian publication says Klopp feels the Argentinean international is the man to help Liverpool challenge for the title next year and he’s been given the green light to launch a formal move for the forward.

Dybala has developed in to one of the most highly-rated attackers in world football since joining Juventus from Palermo in 2015 and he’s scored 25 goals this season to help the Turin giants in their quest to win yet another Serie A title.

However, the South American angered fans by getting himself sent off during the Champions League defeat to Real Madrid last week and the report suggests Juve could be willing to cash-in if £109m (€125m) is put on the table.

Liverpool have money available following the sale of Coutinho and they are on course to qualify for the Champions League again next season so they have the resources to pull-off what would be a sensational swoop.

Dybala is predominantly a support striker but he’s capable of playing anywhere across the attacking positions so he’d be an excellent addition to Klopp’s squad if Liverpool could somehow lure him to Anfield.