Manchester United have joined Tottenham in the race to sign Swansea City’s £40m-rated centre-back Alfie Mawson this summer, according to reports

The transfer window may be closed but managers are working hard on their plans for the summer so we’ll bring you all the latest gossip from around the globe. Today, Man Utd are linked with Alfie Mawson… 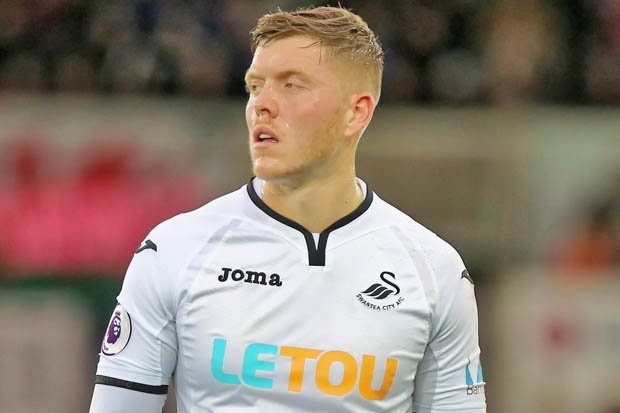 Manchester United have joined Tottenham in the race to sign Swansea City’s £40m-rated centre-back Alfie Mawson this summer, according to the Sun.

Mawson has been one of the most consistent defenders in the Premier League since joining Swansea from Barnsley in 2016 and he’s stood out during what’s been a disappointing campaign for the Welsh outfit this season.

The 24-year-old has seen his form recognised at international level after he received his first call-up to the senior England squad for last month’s friendlies with Holland and Italy.

Mawson’s potential also hasn’t gone unnoticed in the upper echelons of the Premier League as the Sun claim that Tottenham have already registered their interest in signing the defender this summer.

Mauricio Pochettino could be in the market for another centre-back as Toby Alderweireld has been tipped to leave after losing his first team place and Mawson could be viewed as a potential replacement.

However, Spurs will face stiff competition as the Sun claims Man Utd have now joined the race to sign Mawson after deploying scouts to watch the youngster in recent weeks.

Jose Mourinho is expected to sign a new central defender this summer as the future’s of Chris Smalling, Phil Jones and Victor Lindelof are in doubt while Marcos Rojo has endured a tough time with injuries.

Mawson is seemingly on Mourinho’s radar and the United boss could view the England international as the ideal long-term partner for Eric Bailly at Old Trafford.

The newspaper report says Mourinho has received rave reviews from his scouting team and is now considering a move but any deal for the defender will cost United or Spurs at least £40million.

Both clubs have the financial resources to meet Swansea’s reported valuation but it remains to be seen whether United or Tottenham will be prepared to pay that kind of money for Mawson this summer.