Arsenal have been handed a nightmare task after being drawn to face Atletico Madrid in the semi-finals of the Europa League.

The draw for the semi-finals of the Europa League has been conducted this morning and Arsenal have been handed a nightmare task after being drawn to face Atletico Madrid.

We booked our place in the last four of the competition with a 2-2 draw against CSKA Moscow last night that secured a 6-3 aggregate victory over the two legs.

However, that doesn’t really tell the whole story as we were given a real scare last night as CSKA went 2-0 in the 50th minute to make it 3-4 on aggregate meaning another goal from the Russians would send us crashing out on away goals.

Thankfully Danny Welbeck scored a superb goal in the 75th minute to ease the nerves and Aaron Ramsey sealed our progress to the semi-finals with an injury time equaliser.

Arsene Wenger’s men have now been drawn to face favourites Atletico Madrid after they beat Sporting Lisbon 2-1 over their two quarter-final legs.

The first leg will be played at the Emirates on Thursday 26th April before the return leg at the Wanda Metropolitano the following week on the 3rd May.

It’s obviously a tough draw as it’s difficult to see us beating an Atletico side who love to defend over two legs, especially with the second leg in Madrid, but that’s the task ahead of us. 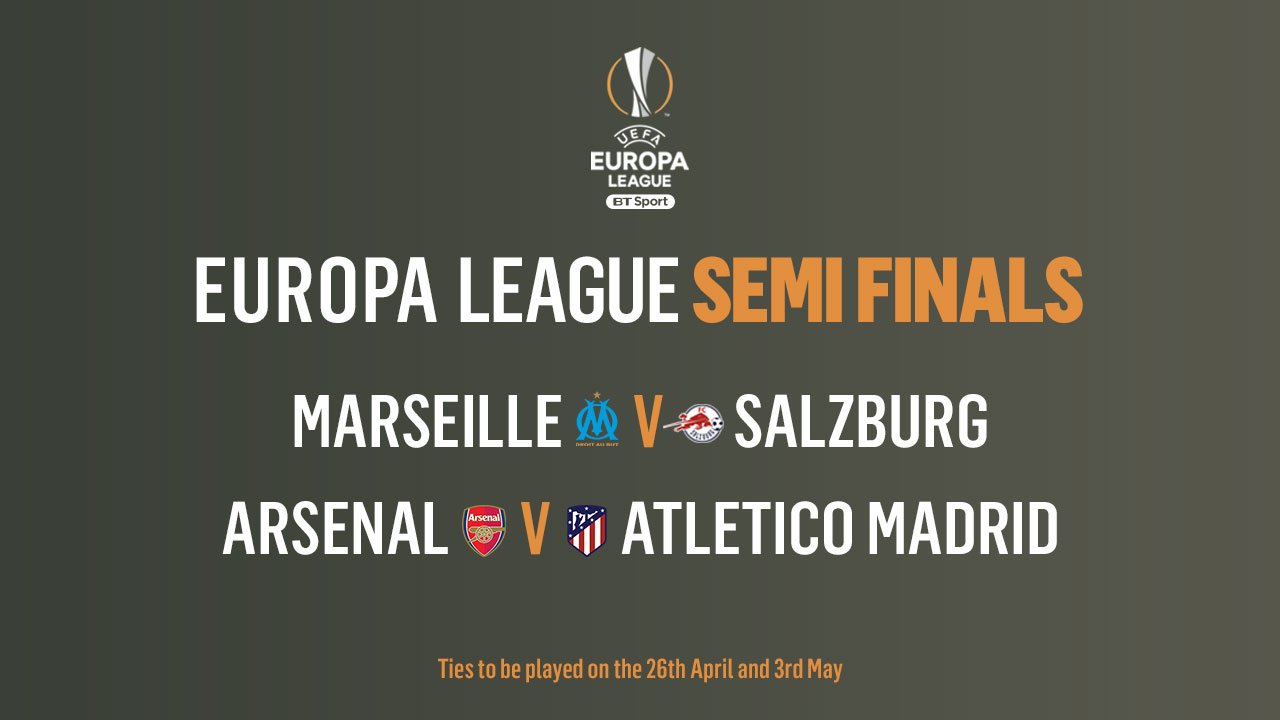