The transfer window may be closed but managers are working hard on their plans for the summer so we’ll bring you all the latest gossip from around the globe. Today, the latest on Arthur Masuaku… 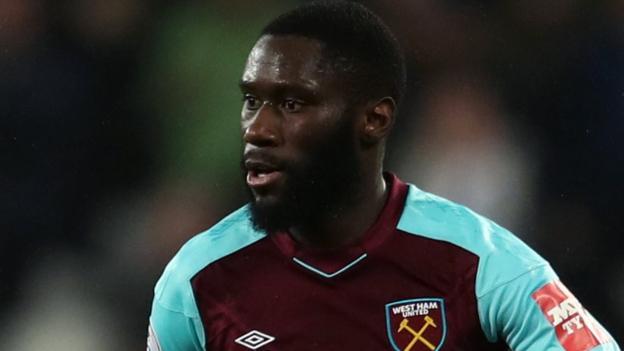 Tottenham are ready to steal a march on Chelsea by launching a £20m swoop to sign West Ham full-back Arthur Masuaku this summer, according to a report by TeamTalk.

Masuaku joined the Hammers from Olympiacos in 2016 and has proven to be one of their more consistent players this season during what’s been a disappointing campaign for David Moyes’ side.

It seems the defender’s form has attracted interest from the upper echelons of the Premier League as TeamTalk are citing a report from the Sun that claims Tottenham have joined Chelsea in the race to sign him this summer.

The Blues are expected to revamp their squad following a poor campaign that’s destined to see them miss out on the top four and Masuaku has been touted as one of several targets for the Stamford Bridge outfit.

However, it looks like Spurs are ready to steal a march on their London rivals as the report says Tottenham are lining-up a £20m bid for the versatile West Ham full-back.

Mauricio Pochettino is likely to be in the market for another left-back as Danny Rose is expected to leave White Hart Lane after failing to win back his first team place following injury.

It seems Spurs have identified Masuaku as a potential replacement and the newspaper says the 24-year-old has ambitions to play in the Champions League so he’ll find it difficult to turn down a move to north London.

No doubt West Ham will do everything they can to keep hold of the French-born defender but they may be tempted to sell for £20m as that would given them a healthy profit on the £6.2m they paid for him two years ago.

We’ll have to wait and see how things develop as there is plenty of time for Chelsea to step-up their interest but Masuaku would provide solid competition for Ben Davies at left-back if he does end up joining Tottenham this summer.