The transfer window may be closed but managers are working hard on their plans for the summer so we’ll bring you all the latest gossip from around the globe. Today, Ivan Rakitic is linked with Man Utd… 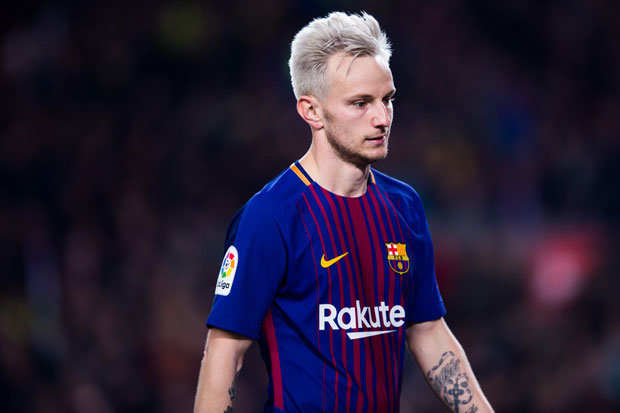 Ivan Rakitic is unsure over his future at Barcelona and is open to the idea of joining Manchester United after they tabled a lucrative proposal to the midfielder, according to a report in the Mirror.

Rakitic developed in to one of the best midfielders in Europe during his three-year spell at Sevilla where he lifted the Europa League before earning a move to Barcelona in the summer of 2014.

The Croatian international has continued to impress during his time at the Nou Camp as he’s won the Champions League and helped the club stay on course to lifting their third La Liga title in four years.

However, the 30-year-old future at Barca has been cast in doubt in recent months amid reports the Catalan giants are planning to overhaul their midfield options this summer.

The Mirror are now citing a report from the Express that claims Rakitic is concerned he may fall down the pecking order next season and is now considering a move to the Premier League.

The newspaper says Rakitic has a proposal on the table from Manchester United and the midfielder is tempted by the prospect of moving to Old Trafford at the end of the season.

Rakitic only signed a new contract at Barca last summer but the Mirror claim United have offered him a lucrative deal and the player is now open to the idea of working under Jose Mourinho.

The United boss is expected to be in the market for two new midfielders this summer as Michael Carrick will retire while Marouane Fellaini is set to leave on a free transfer when his contract expires in June.

Rakitic is seemingly on Mourinho’s radar and I think he’d be an excellent addition to the United squad if they were able to lure him to Old Trafford this summer.