The transfer window may be closed but managers are working hard on their plans for the summer so we’ll bring you all the latest gossip from around the globe. Today, Man Utd are linked with Joao Cancelo… 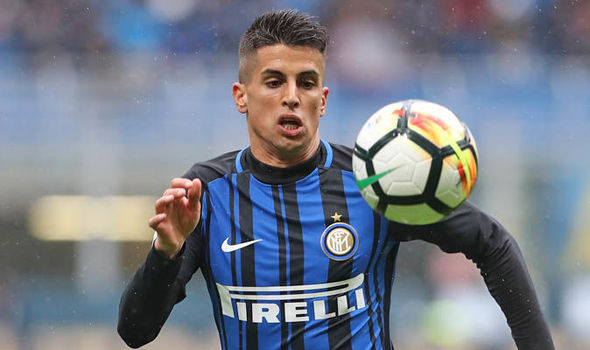 Manchester United are expected to sign on-loan Valencia right-back Joao Cancelo this summer as Jose Mourinho looks to replace Matteo Darmian, according to a report in the Mirror.

Darmian is expected to head back to Italy this summer after falling out-of-favour under Mourinho this season with the 28-year-old making just 13 appearances in all competitions so far.

The Italian international has started just 2 Premier League games with his last start coming in October 2017 so it’s fair to say he’s been frozen out at United and will seek a new challenge this summer.

His exit will leave a void needing to be filled and the Mirror are citing a report from the Express that claims Mourinho is closing in on a deal to sign Portuguese international full-back Cancelo.

The 23-year-old made his name at Benfica after coming through their youth ranks before joining Valencia on a permanent basis in 2015 following a successful season on loan.

Cancelo impressed during his time in Spain before joining Inter Milan on an initial season-long loan last summer and he’s continued to impress having made 24 appearances for the Italian giants.

The report says Inter are expected to activate their option to make his move permanent for £30m this summer before cashing in to turn a quick profit with a move to United understood to be close to completion.

The Mirror says Cancelo’s move to Old Trafford will spark a right-back merry-go-round with Darmian heading to Juventus and Kwadwo Asamoah leaving the Old Lady to join Inter.

We’ll have to wait and see how things develop over the coming weeks but there’s no doubt Darmian is heading for the exit door at United and Cancelo would be an excellent replacement if Mourinho can get the proposed deal over the line.