Jurgen Klopp has confirmed a double injury boost ahead of Liverpool’s trip to West Brom tomorrow and he’s also given an update on Lallana and Can.

Jurgen Klopp has been speaking to the media at his pre-match press conference today and he’s provided a team news and injury update ahead of the game.

The Reds boss was pleased to confirm a double injury boost at the back with Dejan Lovren and Joe Gomez in contention to face West Brom this weekend.

Lovren was considered as a doubt after limping off during the closing stages of the 3-0 victory over Bournemouth last weekend with a suspected hamstring problem.

However, the injury turned out to be nothing more than muscle fatigue and the Croatian international was able to resume full training at Melwood yesterday and is available to face the Baggies.

Gomez has been on the sidelines for the last month since suffering an ankle injury while playing for England in their friendly against Holland during the March international break.

The young defender returned to full training earlier this week and is in contention for the game tomorrow which will provide Klopp with another vital option in the back four as he looks to prepare for the Champions League first leg against Roma.

However, there wasn’t such good news on Nathaniel Clyne as the full-back is expected to miss the trip to the Hawthorns tomorrow due to a muscle problem. 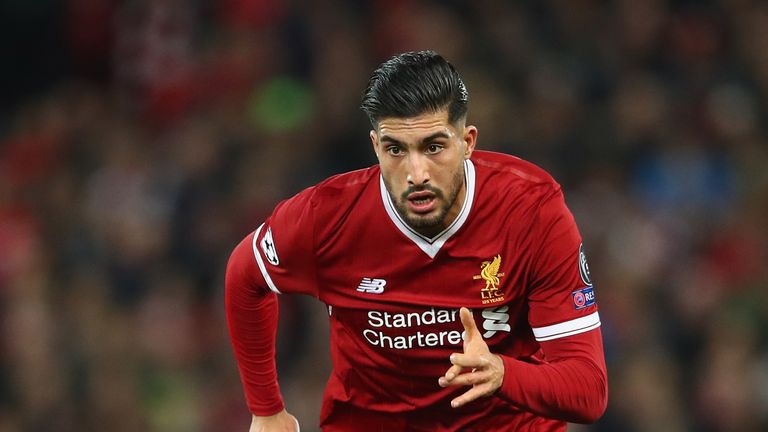 Klopp also provided an update on Emre Can and Adam Lallana and said there is still hope the midfielders will return before the end of the season but Joel Matip is of course certain to miss the run-in.

“Clyney struggled a little, he had a little muscle issue – unfortunately after a completely normal session. He is probably not available for tomorrow,”

“All the rest are available. Joe is back in full training, Dejan had only a little bit longer recovery but he trained yesterday as well. Nobody else I think, that’s it.”

“There is no real news about Adam and Emre; they are in a good way [but] we will see what that means at the end. Everything is possible that they will be part of the squad again this season, or not.

“The only thing that is 100 per cent sure is Joel Matip will not be in the squad anymore, he will start pre-season with us, that’s clear.”

Liverpool head in to the weekend action sitting four points adrift of Man Utd in third position so they need a win over West Brom to keep the pressure on their rivals, but no doubt Klopp will still have one eye on Tuesday’s huge clash with Roma.