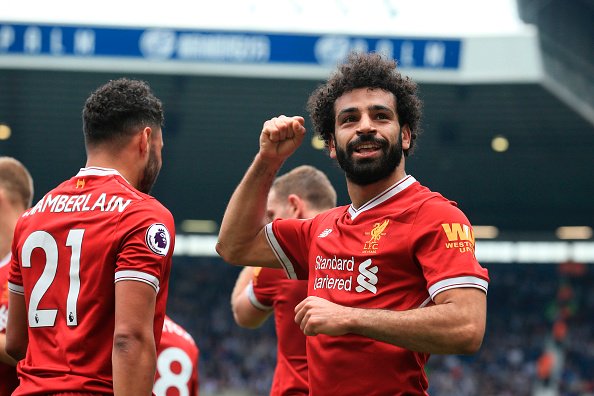 Mohamed Salah scored his 31st goal of the season but it wasn’t enough as Liverpool blew a two-goal lead to draw 2-2 with West Brom at the Hawthrons this afternoon.

The Reds got off to the perfect start as Danny Ings was on hand to sweep the ball home from close range to score his first Premier League goal in over 900 days.

Liverpool looked to be easing to a routine victory when Salah made it 2-0 in the 72nd minute as the Egyptian international chipped home a lovely finish for his 31st league goal of the season after being teed-up by Alex Oxlade-Chamberlain.

However, West Brom ensured it would be a nervy final ten minutes as Jake Livermore poked the ball home in the 79th minute following a scramble in the box from a corner.

And the Baggies grabbed a late equaliser as Saloman Rondon found space at the near post to head home from a Chris Brunt free-kick to make it 2-2 in the 88th minute.

Neither team could find a last gasp equaliser so Liverpool had to settle for a disappointing 2-2 draw that leaves them three points adrift of second-placed Man Utd while West Brom remain bottom and are eight points from safety with three games left.