Liverpool’s Mohamed Salah Says Roma Reunion Will Not Be Easy

Many Liverpool fans were pleased when the draw for the 2017/18 UEFA Champions League semi-final paired their team with Roma.  As defending champions, Real Madrid and Bundesliga winners Bayern Munich were the alternatives, Roma seemed the best option.

Playing Roma in the latter stages of the Champions League brings back fond memories for Liverpool fans who can recall their European Cup final victory over Roma in the 1983/84 season.

However, this meeting between giants of English and Italian football also means a lot to current Liverpool star, Mohamed Salah.

The Egyptian forward joined Liverpool from Roma in the summer for a transfer fee of an initial €42 million that could rise to up to €50 million.  It was a record transfer fee for Liverpool at the time and Salah left Rome having spent one season on loan and one as a permanent player in the Italian capital.

At the end of his loan spell at Roma, Salah was named as Player of the Year and finished as the club’s top goalscorer with 15 goals in all competitions plus six assists.  Therefore, it is little surprise Salah holds the club in such high regard. Salah keeps in touch with many of the players at Roma and has admitted “It’s not easy for me, I love the club, love the city, and I know they love me, so it’s not going to be easy for me. It’s more emotions.”

Speaking about the current Roma squad, Salah said, “I know them, we played together for two years, they know how I play, I know how they play, it’s not going to be an easy game at all.”

Salah clearly enjoyed his time playing for Roma in Serie A and despite making the move to Liverpool in the summer, still has many friends at the club.  Playing against a team which holds great memories and includes good friends is always going to be tough and the significance of the match has only served to magnify the issue. 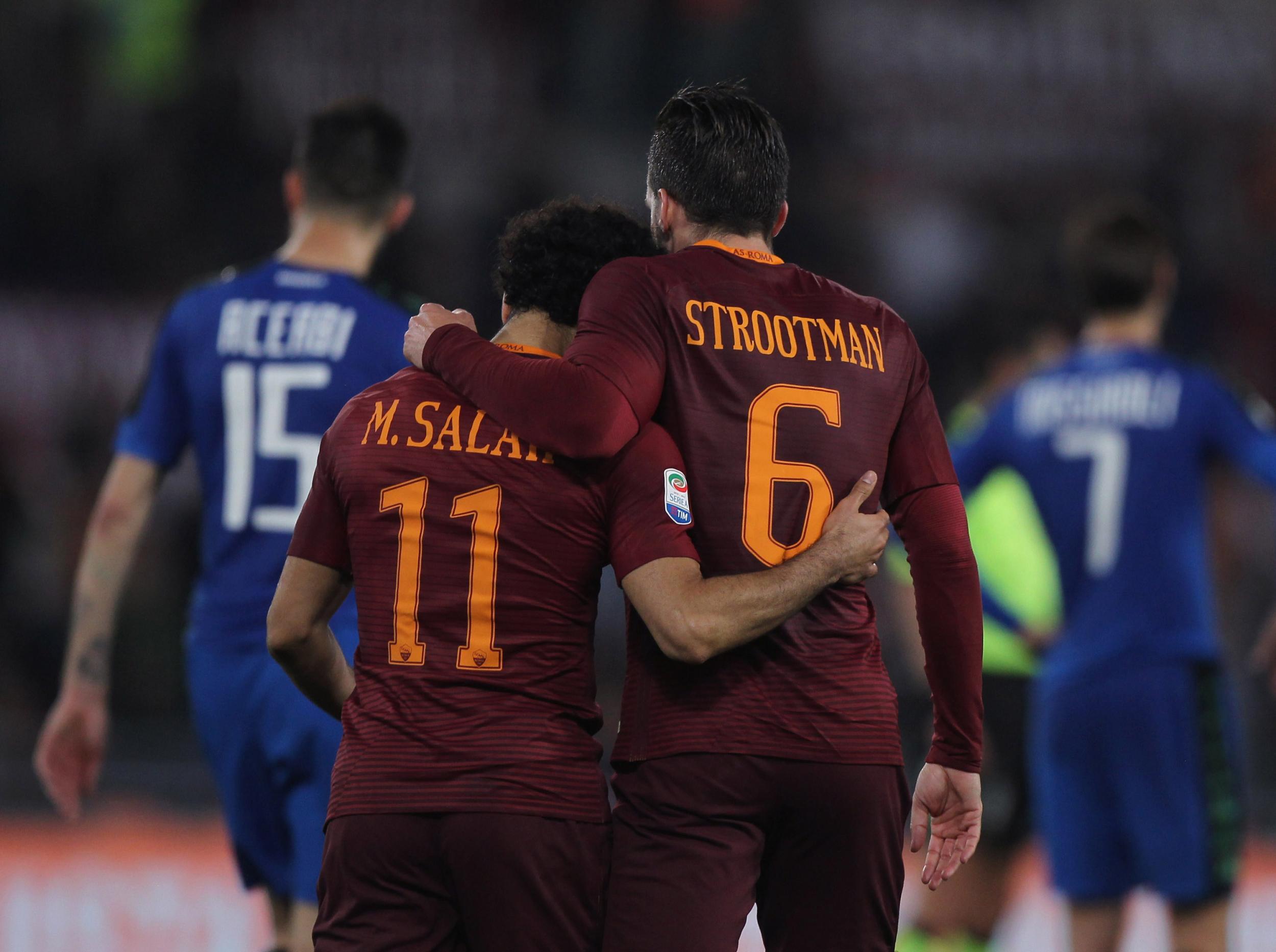 Current Roma midfielder, Kevin Strootman spoke about how he is not surprised by what Salah has achieved in his short time at Liverpool but is by how his finishing has improved.  “Here he did a great job and did a lot of great assists and goals but he missed a lot of chances especially one-on-one with the goalkeeper,” said Strootman, before adding, “I am surprised by how many goals he has scored so far but not how he plays.  Here he was a nightmare for opponents and in England he is doing the same.”

Salah will be aiming to become Roma’s biggest nightmare in the Champions League semi-final and will not allow sentiment to get in the way as he attempts to lead Liverpool into the final.