Arsenal’s chief executive Ivan Gazidis wants Mikel Arteta to be the man to replace Arsene Wenger as the new Arsenal manager, according to Sky Sports. 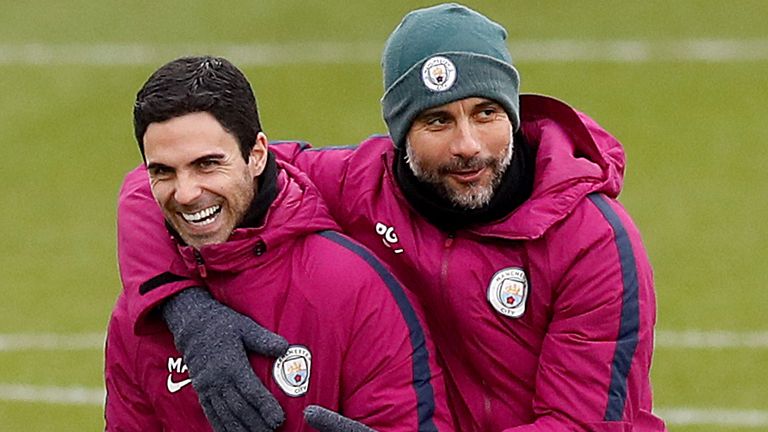 Arsenal’s chief executive Ivan Gazidis wants Mikel Arteta to be the man to replace Arsene Wenger as the new Arsenal manager this summer, according to Sky Sports.

The Arsenal hierarchy are already working hard on finding a new manager to lead us in to the 2018/19 campaign after Wenger confirmed on Friday he was leaving the club at the end of the season.

Gazidis said at his press conference that the club needed to be bold in it’s search for a replacement sparking speculation that Arsenal were considering inexperienced options such as Thierry Henry, Arteta or Patrick Vieira.

Some media outlet have also gone down the route of suggesting we’ll go for a more experienced name with the likes of Diego Simeone, Max Allegri, Brendan Rodgers, Leanardo Jardim and Rafa Benitez all touted as potential targets.

However, Sky Sports claim their sources close to Arsenal have informed them that Gazidis believes Arteta is the right man to replace Wenger, despite his lack of managerial experience.

Arteta was a model professional during his five years at Arsenal and he’s developed a reputation as a top coach after spending the last two years working alongside Pep Guardiola at Man City.

It seems Gazidis has seen enough potential in the 36-year-old to feel he has the credentials to replace Wenger and be Arsenal’s next manager but the decision is still far from a ‘done deal’.

Sky Sports claim that Head of Operations, Raul Sanllehi, favours Luis Enrique after working alongside the 47-year-old during his time at Barcelona where he won the Champions League and 2 La Liga titles in three years. 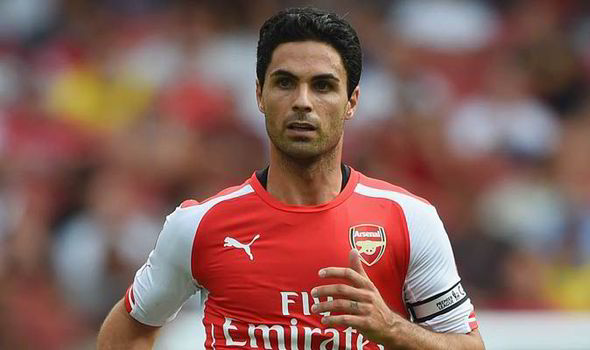 Enrique is ready to return to management after leaving Barca last summer and the report says he’s keen to test himself in England so he’s emerged as the bookmakers favourite for the job.

Sky Sports also say that Head of Recruitment, Sven Mislintat, is keen on Hoffenheim manager Julian Nagelsmann and Schalke’s Domenico Tedesco so there are still several names in the running.

Gazidis, Sanllehi and Mislintat will be the main decision makers during the process and Sky Sports understand they have already begun talks with potential candidates this week.

It’s going to be fascinating to see who the club goes for but it seems Gazidis – who will ultimately make the final decision – wants a young coach with fresh ideas and Arteta seems to be right in the mix.