Arsenal Closing-In On Deal To Sign £17.5m Star Ahead Of Chelsea & Man Utd

Arsenal are closing in on a £17.5m deal to sign Borussia Dortmund defender Sokratis Papastathopoulos ahead of Chelsea and Manchester United

The transfer window may be closed but managers are working hard on their plans for the summer so we’ll bring you all the latest gossip from around the globe. Today, the latest on Sokratis Papastathopoulos….

Arsenal are closing in on a £17.5m deal to sign Borussia Dortmund defender Sokratis Papastathopoulos ahead of Chelsea and Manchester United, according to reports in Germany via Football London.

Papastathopoulos has been a key player for Dortmund since arriving fromWerder Bremen in 2013 having made almost 200 appearances in all competitions to help them win two domestic cups over the past five years.

However, the Greek international’s future at the Westfalonstadion is in serious doubt as he’s approaching the final year of his contract and there is no sign he’s ready to sign an extension.

The situation has alerted clubs here in the Premier League with Football London claiming that Chelsea and Man Utd have expressed their interest in signing the 29-year-old centre-back.

Jose Mourinho is expected to strengthen his defence this summer as they look to keep pace with Man City while Chelsea are also looking for a replacement for David Luiz and it seems Papastathopoulos is on their radars.

However, it looks like Arsenal have emerged as the front runners for his signature as Football London are citing a report from Bild that claims the Gunners are close to wrapping-up a £17.5m deal.

The German publication says a move to the Emirates is likely this summer with Arsenal’s head of recruitment Sven Mislintat in talks with Papastathopoulos’ agent Konstantinos Farras. 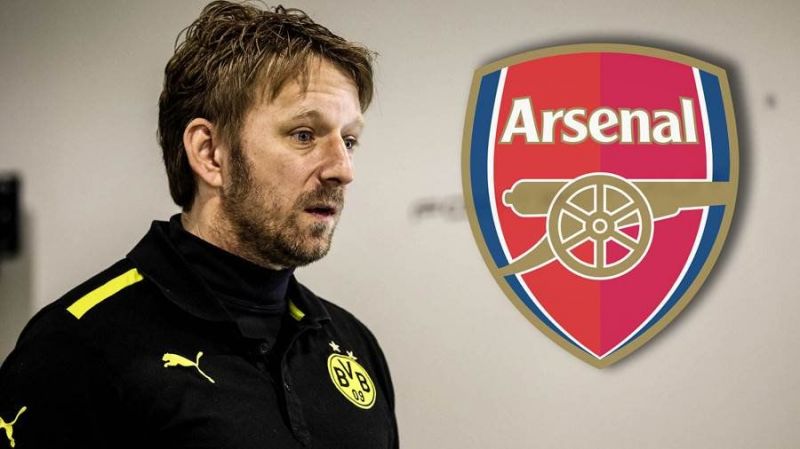 Mislintat helped take the Greek star to Dortmund five years ago and it seems he wants a reunion in north London as he looks to head-up an overhaul of Arsenal’s squad following a disappointing campaign.

We’ll have to wait and see how things develop as there is still time for the likes of Chelsea or United to try and hijack Arsenal’s proposed deal but it appears the Gunners are currently in the driving seat to sign Papastathopoulos this summer.