Chelsea welcome Liverpool to Stamford Bridge next Sunday in a game that could determine who finishes in the top four this season.

Chelsea welcome Liverpool to Stamford Bridge next Sunday in a game that could determine who finishes in the top four this season.

The Blues looked dead and buried just two weeks ago when they were 10 points off the pace but results have gone their way allowing them to close the gap and Tottenham and Liverpool are now within their sights.

Chelsea made it three consecutive league wins with a hard fought 1-0 victory over Swansea City at the Liberty Stadium on Saturday night with Cesc Fabregas scoring the only goal of the game.

The west Londoners are now just two points behind fourth-placed Spurs but they have a game in hand and could extend their advantage to five points with a win over Watford at Wembley on Monday night.

Liverpool are currently in the driving seat as they’re six points ahead of Chelsea in third place but they’ve played a game more and crucially must travel to Stamford Bridge next weekend.

A home win would move Antonio Conte’s men to within just three points and they’d be confident of drawing level with Liverpool by beating Huddersfield in their game in hand at the Bridge on the 9th May.

That would set up a nail-biting final day shoot-out with Chelsea travelling to Newcastle United while Liverpool host Brighton at Anfield on the final day of the season.

Obviously Tottenham will also be in the mix but they have three of their remaining four games at home to Watford, Newcastle and Leicester with a trip to bottom placed West Brom in between, so Mauricio Pochettino’s men are odds-on to finish in the top four. 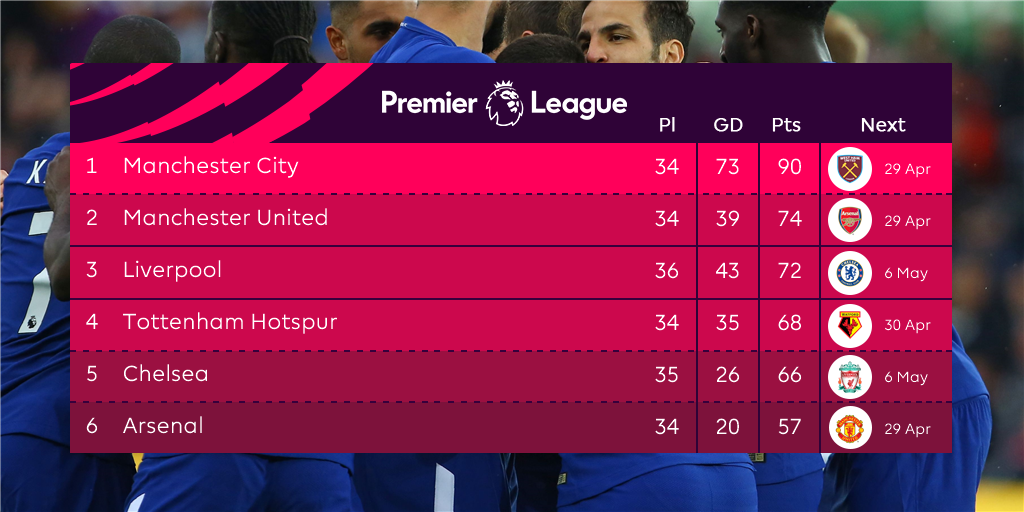 So unless Spurs suffer a surprise collapse, it will be Chelsea and Liverpool battling for the remaining Champions League qualification place and the game at Stamford Bridge next week is going to be crucial.

Chelsea are currently the 5/4 favourites with 888sport to win the game and blow the top four race wide open while you can get odds of 2/1 on Liverpool taking home the three points and wrapping-up their Champions League place.

Liverpool won the corresponding fixture 2-1 at the Bridge last season but I personally don’t think Chelsea will lose this game so ‘Chelsea or the draw’ at 5/2 looks a solid bet while both teams to score at 11/20 should also be a banker.

It’s going to be a tense game with so much riding on it but even if Liverpool do lose next weekend, they should be confident of beating Brighton at Anfield to guarantee a top four finish.

Plus they have the added bonus of having a far superior goal difference over Chelsea so despite their late charge, Liverpool are still well positioned to finish above their rivals.