Tottenham take on Watford at Wembley on Monday evening. Here is the side we think Mauricio Pochettino will select for the game:

Tottenham will be looking to cement their position in the top four when they take on Watford at Wembley on Monday evening.

Goalkeeper: Michel Vorm was given the nod for the FA Cup semi-final defeat to Manchester United last weekend but Hugo Lloris is certain to be recalled between the sticks tomorrow.

Defence: Toby Alderweireld is pushing for a recall after making his first Premier League start of 2018 during the 1-1 draw at Brighton earlier this month but it looks like the Belgian international is going to have to wait to get a regular run in the team.

Pochettino has made it clear Davinson Sanchez is his preferred option alongside Jan Vertonghen in the middle of defence so the Colombian international should keep his place against Watford.

Danny Rose is out with a calf injury so Ben Davies should once again start on the left but we could see Pochettino rotating his right-backs with Serge Aurier coming in for Kieran Trippier.

Midfield: Victor Wanyama and Moussa Sissoko are pushing for recalls in midfield but I think Pochettino will stick with his first choice pairing of Mousa Dembele and Eric Dier tomorrow night. 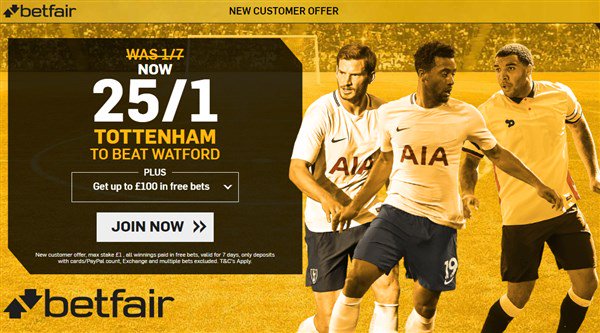 Attack: Harry Kane will be desperate to get himself among the goals against Watford as he trails Liverpool’s Mohamed Salah by five goals in the race for the Golden Boot so no doubt he’ll start up front.

Christian Eriksen and Dele Alli are expected to keep their places in attack as they’re two of Tottenham’s most important players but we might see Pochettino mix things up on the right side.

Heung-min Son has had a fantastic campaign but Lucas Moura and Erik Lamela are both pushing for recalls so I think one of them will come in tomorrow night with Lamela perhaps the favourite to be handed a start.