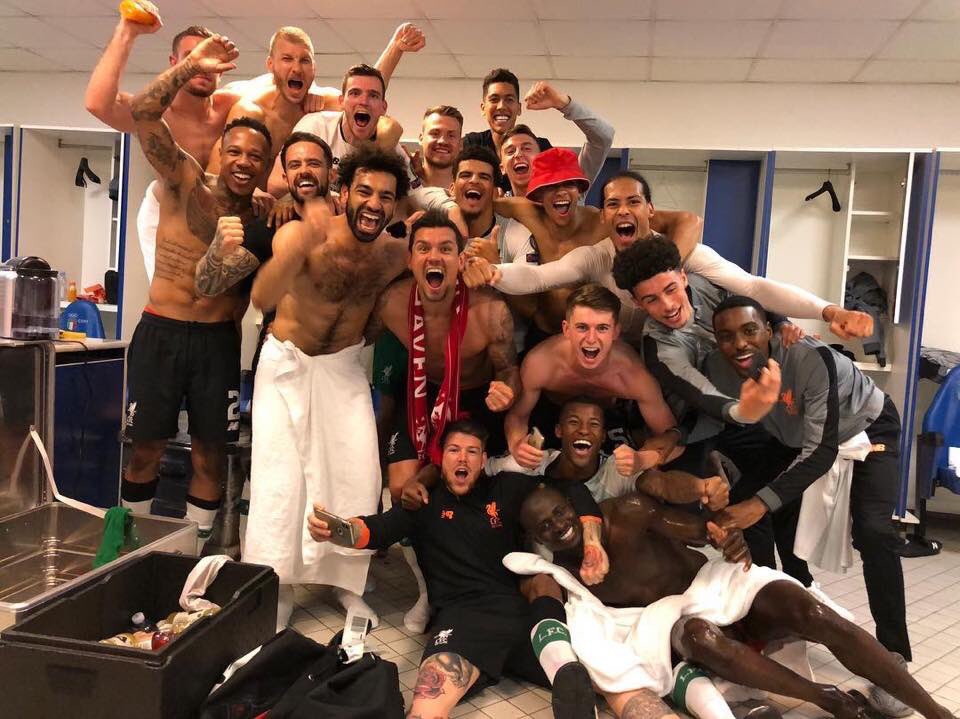 The Liverpool players celebrated in the changing room after booking their place in the Champions League final with a thrilling 7-6 aggregate victory over Roma last night.

The Reds went in to the second leg holding a commanding 5-2 lead and looked to have secured a date with Real Madrid in the final after racing to a 2-1 lead at the Stadio Olimpico after just 25 minutes.

Goals from Sadio Mane and Georginio Wijnaldum tightened Liverpool’s grip on the tie as they held a 7-3 aggregate lead at half-time meaning Roma needed to score four second half goals to level things up.

The Italians gave it everything and made it 2-2 on the night through Edin Dzeko and ensured it was a nervy end to the game after Radja Nainggolan scored twice late on to put Roma within one goal of forcing extra-time.

However, Liverpool held on and although they lost the second leg 4-2, they progress to the final thanks to a memorable 7-6 aggregate victory and will now meet Real Madrid in the final in Kiev later this month.

Understandably, the win sparked wild celebrations and Wijnaldum has shared a photo of the players celebrating in the changing room after the game while Dejan Lovren also posted a video as the Liverpool players reacting to reaching their eighth European Cup/Champions League final.

The players also went back out on to the pitch to celebrate with the fans and they held up a banner in support of Sean Cox – who was left fighting for his life after being attacked by Roma fans before the first leg at Anfield. 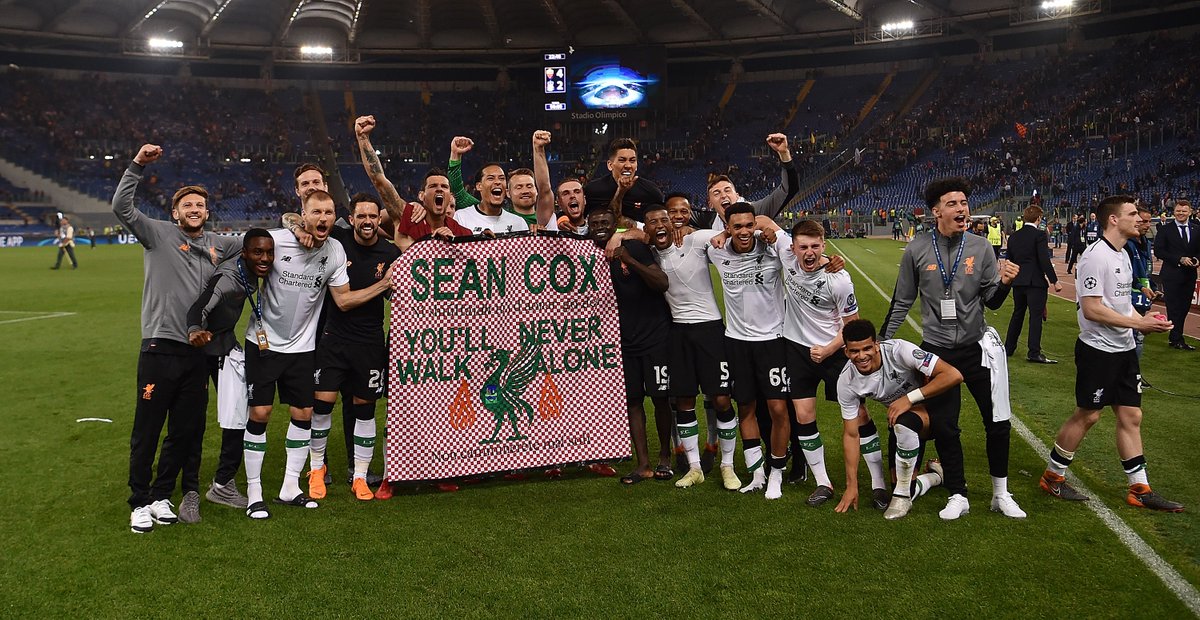