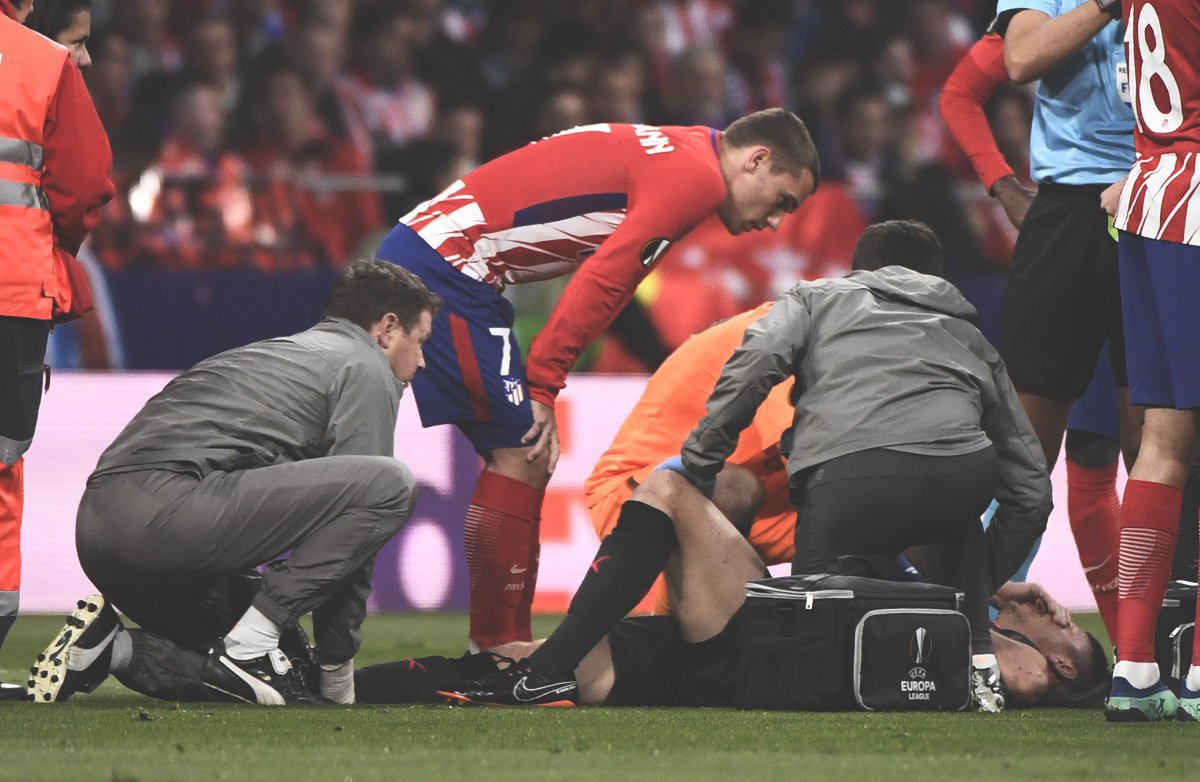 Arsene Wenger has offered an update on Laurent Koscielny after the defender was stretchered off with a serious Achilles injury during Arsenal’s Europe League defeat to Atletico Madrid last night.

Koscielny collapsed unchallenged during the opening stages of the game and immediately clutched his right ankle with replays showing his Achilles appeared to give way.

The centre-back required lengthy treatment from the clubs medical team and Koscielny was eventually stretchered off in tears to be replaced by Calum Chambers in the 12th minute.

Koscielny has been nursing an Achilles injury for over a year so it looks like the problem finally snapped last night and Wenger has admitted the early signs don’t look good.

The boss gave an update after the game and said we can hope for a miracle but he was reluctant to confirm that Koscielny has ruptured his Achilles until the scan results come back.

However, he concedes the initial signs aren’t positive so it looks likely that that the 32-year-old is facing an extended spell on the sidelines and will miss the World Cup finals this summer.

on whether it’s a ruptured Achilles…
You will know that more soon. It looks like it could be that. I’m a bit cautious [about confirming that] because nobody could say that without looking at it clinically.

on Koscielny’s World Cup chances…
That depends on the scan, if he has a ruptured achilles his chances are non-existent. We will know more after the scan.

We’ll have to see what the scans show but I think we could all see from his reaction last night that Koscielny knows it’s serious and the likelihood is he’s ruptured his Achilles.

It’s heartbreaking for the French international as he was expected to start for Didier Deschamps’ side in Russia this summer but now it looks like he’s facing several months on the sidelines.