Manchester United are eyeing a move for Tottenham’s Danny Rose as Jose Mourinho prepares to splash around £150m on at least three new signings this summer, according to the Metro.

Mourinho knows he needs to revamp his squad if United are to compete with the likes of Manchester City for top honours next season so it’s gearing-up to be a busy summer of incomings and outgoings.

The Metro says United bosses will hand Mourinho around £150m plus any money raised from player sales to invest this summer but the club are desperate to slash the wage bill in order to make room for big-money new signings.

Matteo Darmian and Daley Blind – who are both on around £85,000-a-week – are set to leave while Luke Shaw is also being tipped for a move after failing to justify his £135,000-a-week wages.

Marouane Fellaini is yet to agree terms over an extension so he could be leaving on a free transfer while Michael Carrick is another who’ll be off the wage bill when he retires at the end of the season.

The departures will pave the way for Mourinho to bring in at least three new signings and a left-back is a priority as Ashley Young turns 33 in July so a long-term replacement is needed if Shaw leaves.

The Metro claims Danny Rose is a prime target and the England international is tipped to leave Tottenham after failing to force his way back in to Mauricio Pochettino’s first team since returning from injury.

Rose admitted last summer in a controversial interview that he wanted to move back up north to be closer to his family so a move to Old Trafford would make sense – although United have also lined-up Juventus star Alex Sandro as a possible option. 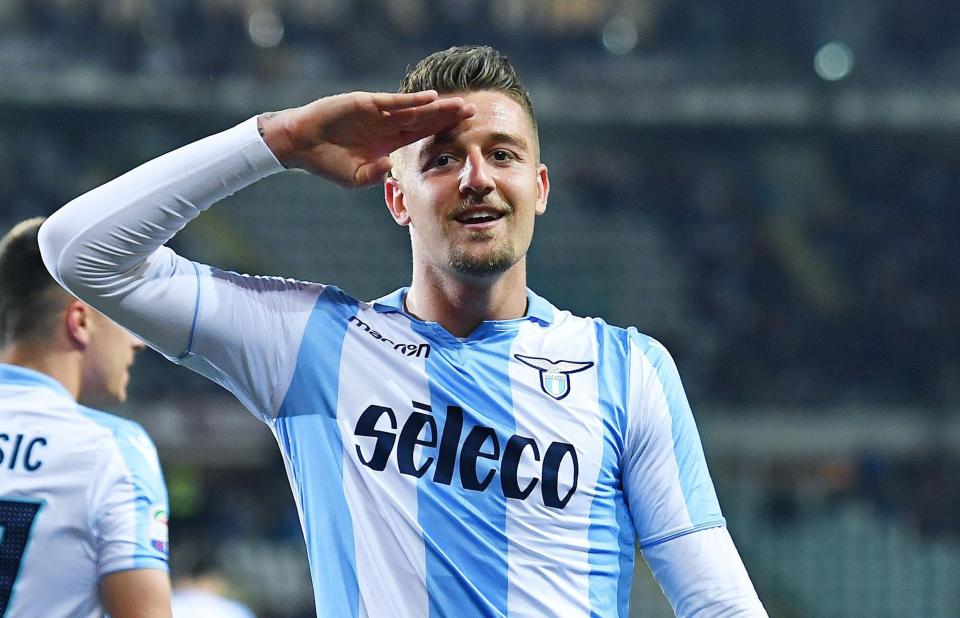 At least one new central midfielder is on the agenda and the Metro says United are confident they are in pole position to sign £80m-rated Lazio star Sergej Milinkovic-Savic this summer.

The Serbian international has starred for Lazio this season and it’s believed Milinkovic-Savic favours a move to Old Trafford due to his close relationship with compatriot Nemanja Matic.

If Fellaini leaves then Mourinho will be in the market for another midfielder and the report says Shakhtar Donetsk ace Fred has been earmarked as a replacement for the Belgian international.

We’ll have to wait and see how things progress over the coming months but it looks like it’s going to be a hectic summer at Old Trafford as Mourinho continues to reshape his squad in to potential champions.