The summer transfer window is just around the corner and managers are working hard on their transfer targets so we’ll bring you all the latest gossip from around the globe. Today, Sami Khedira is linked with the Premier League… 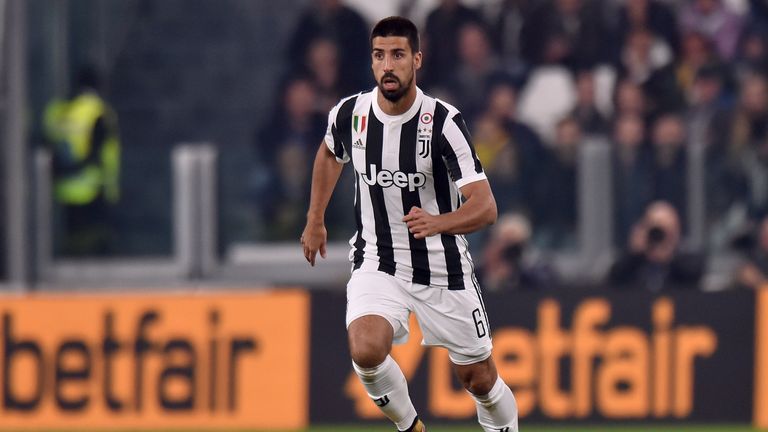 Sami Khedira could join Liverpool or Manchester United this summer after telling Juventus he wants to move to the Premier League, according to CalcioMercato.

Khedira has been one of the best central midfielders in Europe over the past few years and he helped Real Madrid win the Champions League and La Liga before joining Juve in the summer of 2015.

The German international is about to lift his third consecutive Serie A title in Turin while he’s also expected to add to his 73 caps during the World Cup finals in Russia this summer.

However, Khedira’s future at Juventus is in serious doubt as he has just one year left to run on his current contract and he recently admitted that he’d be keen to test himself in the Premier League.

The German star said last week, according to CalcioMercato:

“My contract expires in a year. I often think of the future because anything can happen. I’m fine here, but I love challenges and I look for them. I would like to win as many titles as possible in as many championships as possible. Among the best leagues in Europe I lack England, having won in Spain, Germany and Italy”.

It looks like Khedira has now made up his mind to test himself in England next season as CalcioMercato are citing a report from Il Corriere dello Sport that claims the midfielder has told Juve chiefs he wants to join a Premier League club this summer.

The Italian publication says Liverpool and Man Utd are the two clubs leading the chase for his signature so it seems the north-west giants are ready to battle-it-out to sign Khedira at the end of the season.

Jurgen Klopp is expected to be in the market for a new midfielder as Emre Can is being tipped to join Juventus when his contract expires next month so that switch would free-up Khedira to potentially move in the opposite direction.

However, United are also looking to sign at least one central midfielder as Michael Carrick is set to retire while Marouane Fellaini’s contract is up next month and he’s yet to agree terms over an extension.

Khedira is seemingly on Jose Mourinho’s radar and United have the financial muscle to compete with Liverpool for his signature so it’s going to be interesting to see where he ends up if the midfielder gets his desired move to England.